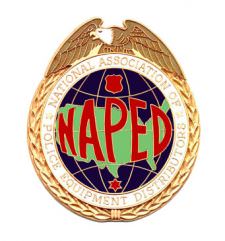 “We are pleased to rejoin NAPED and look forward to forming long term relationships with their growing list of vendors,” Sean Conville, President of Atlantic Tactical commented.

“Having Sean and his team at Atlantic Tactical join up again demonstrates the value of membership in NAPED,” Tim Brown, President of NAPED and President of GT Distributors, added. “Our list of public safety and law enforcement distributors and vendors are growing and the opportunities within NAPED to network are also increasing.”

Atlantic Tactical was founded in 1972 and now includes a large variety of brands in uniforms, body armor, duty gear, equipment, firearms, flashlights, footwear, gear bags and essential tactical equipment. Acquired by Safariland in 2015, Atlantic Tactical continues to service its customers in the Northeast, as well as through online retail. As a strategic partner, Safariland supports and furthers Atlantic Tactical’s distribution reach and product portfolio.

Interested in becoming a NAPED member? Contact Laura Burgess at 252-288-5805 or [email protected] for more information and start enjoying the benefits today.

NAPED was created by bringing together law enforcement distributors, industry professionals and manufacturers to form a network for the purpose of mutually sharing the vast amounts of market experience, resources and product knowledge comprised within its membership. NAPED acts as a forum for member manufacturers and distributors to form long-term, profitable relationships.  www.naped.com