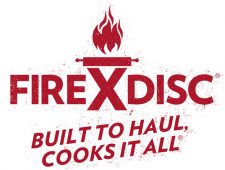 U.S.A. –-(Ammoland.com)- The recently released NPS (Net Promoter Score) numbers for FireDisc Cookers show a high level of customer satisfaction, with a good probability that consumers who bought their products would recommend them to their friends and colleagues. FireDisc Cookers received an NPS score of 88 with a 4.9 out of 5-star rating for 2016.

The Net Promoter Score is an index ranging from -100 to 100 that measures the willingness of customers to recommend a company’s products or services to others. It is used as a proxy for gauging the customer’s overall satisfaction with a company’s product or service and the customer’s loyalty to the brand.  It serves as an alternative to traditional customer satisfaction research and claims to be correlated with revenue growth. NPS has been widely adopted with more than two thirds of Fortune 1000 companies using the metric.

The Net Promoter Score is calculated based on responses to a single question: How likely is it that you would recommend our company/product/service to a friend or colleague?

NPS can be as low as −100 (everybody is a detractor) or as high as +100 (everybody is a promoter). An NPS that is positive (i.e., higher than zero) is felt to be good and an NPS of +50 or over is excellent. The FireDisc Cooker NPS score of 88 is among the highest rankings given to any company. Scores for other companies during the same time period included USAA – 80, Costco – 78, Nordstrom – 75, Apple/iPhone – 70, Amazon – 69 and Southwest Airlines – 66.     It is a great testimony to the design and quality of FireDisc products and their customer satisfaction.

For more information about “Built to Haul, Cooks it All” FireDisc Cookers, visit their web site at www.firedisccookers.com.