MISSOULA, Mont. -(Ammoland.com)- Realtree has joined in support of a hunter ethics initiative being led by the Boone and Crockett Club intended to highlight the core values of fair chase and strengthen the image of the North American hunter.

“Hunting has always been about adventure, the chase, learning self-sustaining skills and building character,” said CJ Buck, the Club’s vice president of communications. “Although this has not necessarily changed, hunters now face public scrutiny and criticism for participating in their time-honored tradition from people who do not understand the benefits of hunting and only see the end result.”

The Hunt Right; Hunt Fair Chase initiative will launch this August. Its purpose is to inspire sportsmen to unite behind an effort to improve their own public image and control of the narrative about hunting that others have taken.

“The Club feels the time has come to remind ourselves and the non-hunting public that hunting is not all about the kill but about the values and ethics learned afield: self-restraint, self-determination and self-respect for each other and the game we hunt,” said Buck. “We, as hunters, need to lead by example to promote the benefits of hunting and, in turn, create a positive image of hunting to those who do not hunt.”

Theodore Roosevelt and the Boone and Crockett Club popularized the concept of fair chase at a time in history when the unregulated harvest of game was a significant factor in the extinction of some species and the near loss of others. Conservation was being promoted as the new model for the treatment of natural resources, to not only recover wildlife populations, but also to ensure they would never be threatened again. 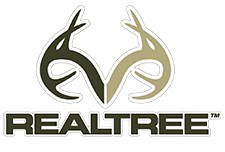 Sportsmen of that era took it upon themselves to embrace conservation and aid in the recovery of the game they cherished. They also embraced a new code of conduct that spoke to their character and commitments.

“Since its inception, Realtree has been actively involved in wildlife conservation, habitat preservation and the promotion of hunting,” said Buck. “Having such a respected company contribute their support is critical in achieving the goal of this initiative and signifies unity within the industry to secure the future of hunting.”

The Hunt Right; Hunt Fair Chase initiative will feature a print, digital and social media campaign, including an interactive website where today’s sportsmen can view and share information on a wide range of topics.

To date Realtree joins the National Shooting Sports Foundation, Buck Knives, YETI, the Wild Sheep Foundation, Leupold & Stevens, and Boyt Harness, as well as media partners The Outdoor Group, Bonnier, Sports Afield and many others in this effort.

Realtree is the world’s leading camouflage designer, marketer and licencor with over 2,000 licensees utilizing the Realtree camouflage brand. Thousands of outdoor and lifestyle products are available in Realtree camouflage patterns. In addition, Realtree is committed to supporting individuals and groups that work to ensure our outdoor heritage, the conservation of natural places, and the wildlife that resides there.