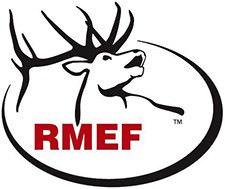 MISSOULA, Mont. -(Ammoland.com)- Unlike its decision earlier in 2017 upholding efforts to delist wolves in Wyoming, the U.S. Court of Appeals for the District of Columbia chose not to do the same in the Western Great Lakes states.

“We are disappointed with this latest ruling, but the court wholeheartedly rejected a number of claims by environmental groups regarding wolves and wolf management,” said David Allen, Rocky Mountain Elk Foundation president and CEO. “The court undid a number of roadblocks thus providing a path forward.”

Positive points from the decision:

“This latest ruling came six years after the FWS tried for a third time to delist wolves in the Great Lakes. We call on Congress to approve and pass a legislative fix to halt this non-stop litigation that frustrates successful wildlife management,” said Allen. “These environmental groups continue to use the wolf as a fundraising tool while overlooking and ignoring each state’s approved wildlife management plans.”

RMEF recognizes that predators have a proper place on the landscape but that they need to be managed just as elk, deer and other wildlife are managed in accordance with the North American Wildlife Conservation Model.

Founded over 30 years ago, fueled by hunters and a membership of more than 222,000 strong, RMEF has conserved more than 7.1 million acres for elk and other wildlife. RMEF also works to open and improve public access, fund and advocate for science-based resource management, and ensure the future of America’s hunting heritage. Discover why “Hunting Is Conservation” on their website or 800-CALL ELK.

It would be nice if the Feds and Courts would take this same position on the feral horse crisis & issues facing sound game management practices. RMEF needs to be a key voice in that issue as well, monitor it, contribute a voice to solutions needed and get sportsmen MUCH more involved in protecting the real wild life and habitats that are being destroyed due to massively over populated feral horse herds. Horse herds on public lands are causing much larger scale damages than wolves at this time. Both issues need solid game management strategies in place that can not… Read more »