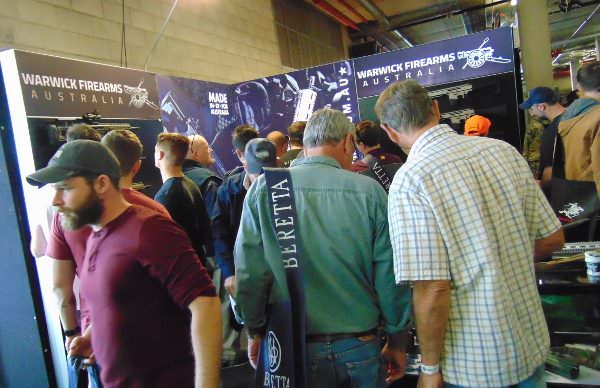 Arizona -(Ammoland.com)- At the Sporting Shooters Association of Australia (SSAA) Shot Show in Brisbane, Australia, the Warwick Firearms booth was just inside the entrance.

It attracted heavy interest throughout the show. The Warwick rifles have a very strong resemblance to the AR-15 family of firearms. Inside the upper receiver, the resemblance ends.

The Warwick rifles are straight pull bolt action guns, with spring assisted return springs. The action is simple to operate. Pull the left hand bolt handle back, release it, then squeeze the trigger.

That fires the rifle. To chamber the next round, pull the left hand bolt handle back, and release it. A round will be chambered, and you are ready for your next shot.  The bolt handle reciprocates back and forth with the bolt carrier. 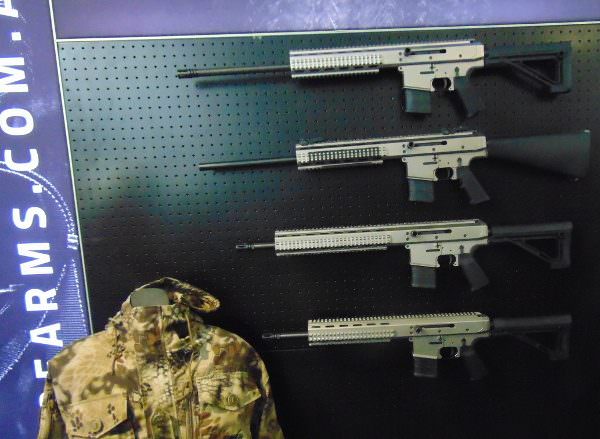 The rifles are currently chambered in .223 and .30 BLK. Production is about six months behind demand. There have been some issues in getting the CNC machines to produce the product to the standard demanded by the company. Many of the parts are produced in Australia.

The barrels start off as blanks made in America, and finished in Australia. The bolts are similar to AR-15 bolts, but do not have gas rings. The bolt carrier is completely different.

The price for the Warwick rifles is high by American standards. But just about everything in Australia is high compared to the United States. Gasoline is $1.29 per liter Australian or $5 (U.S.)per gallon.

The basic suggested retail price for a Warwick is $2,550 Australian. That translates to $1,989 American. Then the Australian GST of 10% has to be added.

A modern sporting rifle designed and manufactured in Australia.

The category B license is about the easiest firearms license to obtain in Australia. Both A and B licenses rate about the same. A licenses are essentially all manually operated centerfire rifles, with everything from single shot and double rifles to straight pull bolt actions and pump actions included.

Scott Warwick hopes that the production hiccups will be overcome in time to catch up with demand in about six months. He has about 100 rifles fielded now, and orders for about another 300. I told him he should expect to sell thousands, if the rifles perform well.

The rifles are another technological response to the extremely strict Australian gun laws. Australians are a very law-abiding group. They are patiently following the law and working within the system to make the laws more reasonable. It is working, but there are sticking points.

The Warwick has not been “approved” by the New South Wales registry. Scott told me he was told the reason was strictly cosmetic. The rifle simply “looks” “too military”.

An obvious response, once production is up and meeting demand, is to design a variant that has a different look. Perhaps more of an M1 carbine look, or similar.

Warwick firearms is making a place for itself in the Australian landscape. If they cure their production problems, they will make a lot of rifles and a lot of money.