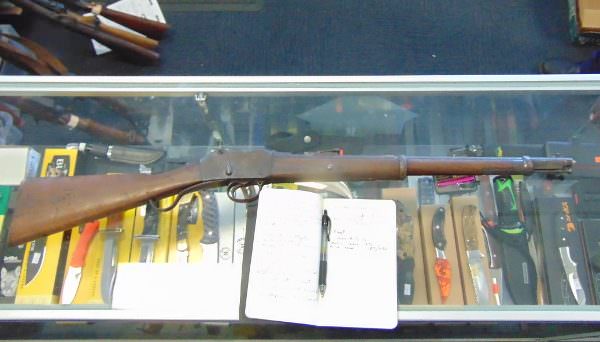 Arizona -(Ammoland.com)- It is the first general amnesty since the implementation of the extreme restrictions placed on firearms ownership and sales in 1996. Those were put in place by a hoplophobic Prime Minister and a unified establishment media.

The media fed the wave of emotion after the Port Arthur Massacre. John Howard and Rebecca Peters (George Soros gun control lobbyist in Australia) had the plan in place, waiting for a suitable trigger.

I have been told that other than his sick fascination with firearms, John Howard was one of the best prime ministers in Australian politics. People place him with the likes of Margaret Thatcher or President Ronald Reagan.

The Shooters, Fishers, and Farmer party lobbied  to bring sanity to the 2017 firearms amnesty. If the guns could be legally owned, they could be sold by a dealer or registered to a licensed firearms owner. More than 2/3 of the guns involved in the 2017 amnesty have been registered to legal owners.

I stopped at Tamworth Firearms in the Australian state of New South Wales to see what was happening. There was a baker’s dozen of guns waiting to be registered. The Australian Martini-Henry police carbines are quite rare. Fortunately, this specimen in the top photograph was destined for the Gunnedah Rural Museum. The carbine was manufactured in 1893, and is chambered for the .577/.450 cartridge. That should make it a non-gun antique under Australian law, as the .577/.450 is no longer available in commercial channels. 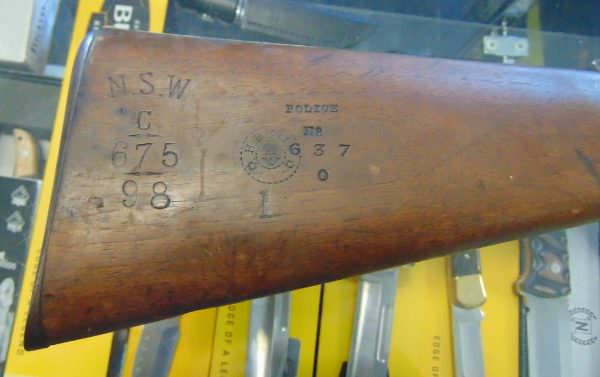 You can see the police markings on the stock. N.S.W. stands for New South Wales, an Australian state.

Another desirable item was an Australian Martini-Henry cadet rifle in .310 Cadet. They have an excellent reputation for accuracy. A few were purchased by the British Government to teach Australian military officer cadets. This example was made by the famous gun maker, W.W. Greener of Birmingham. In addition to the Martinis, both of which will find a home in the museum, there was a Winchester model 92, “button” or half magazine rifle in .44-40. The button magazine rifles seem more common in Australia than in the United States.

There were a couple of Lee Enfields, five nice old doubles (with damascus barrels, more grist for the museum), a rusty old single shot 12 gauge, and two well used rifles made by Sportco, an Australian manufacturer that ceased operations in the 1980’s.

Recent reports are that close to 26,000 guns have been turned in to the authorities to be registered or destroyed. One elderly pastoralist in Queensland turned in a “small arsenal”. The picture shows a pump shotgun (appears to be a Savage model 67), four rifles, and six likely war souvenirs including a Luger, a Webley MK VI, a 1911, a Smith & Wesson revolver, and a Walther PPK.

One can hope these treasures were there to be registered or sold, and not to be destroyed.

One of the more peculiar weapons handed in to WA police was a circa 1856 Beaumont Adams revolver which was given to its owner in 1953 in exchange for cigarettes.

Police in Queensland received a small arsenal from an elderly pastoralist who claimed he had been given the guns by relatives who served in various wars. The Beaumont Adams 1856 revolver is another non-firearm that was turned in. It is worth a fair amount to collectors, even though its condition appears to be poor. The cylinder on this specimen shows that it may have been converted to an obsolete revolver cartridge from the original percussion model. 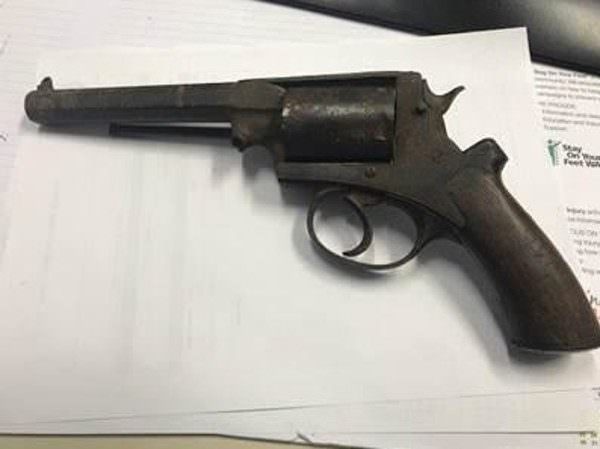 The guns turned into police during these amnesties are almost never used in crimes. Fortunately, this amnesty created the commonsense possibility of allowing guns to be registered to a legal owner.

It is hard to see why this would only happen during an amnesty that occurs once in 20 years. Wouldn’t police want guns to be registered?

The obvious policy would be to allow guns to be registered at any time by peole who have the appropriate firearms licenses.

Australia has seen some movement toward common sense and away from their extreme and rigid firearms regulation scheme.

Allowing registration of old firearms at any time may be a good candidate for reform legislation.
©2017 by Dean Weingarten: Permission to share is granted when this notice is included.

A couple of above comments are un-necessarily offensive, particularly the nasty “who really cares about the Australian gun culture” and the “sheeples” babbling. Although most firearms require registration our laws are generally less restrictive and onerous than some areas of America such as California and New York. With appropriate licensing and security we can have any firearm up to and including machine guns. There are considerably more licensed shooters and firearms today than there were prior to little johnnies’ pathetic meddling in ’96.

I really have to ask, but who really cares about the Australian gun culture or any other countries gun culture besides the people living in that country? I was born, raised & served in this country and it’s the only one that really matters to me. I’m not Criticizing, but just sayin.

@ American Patriot, I think it is good we learn what other governments are doing to their citizens. It gives us a perspective that we have to be aware of to keep us alert to what our government may, or probably are, trying to do to us. I see this series as a valuable lesson, and we are never too old to learn.

Change made. Thanks for the correction.

This is a real shame to have to turn these guns in to the authorities, and I use that word loosely, because the people of Australia are nothing but sheeples to the power of the government. I had always heard the outback people were strong and resourceful but it doesn’t sound like it. Apearantly, they just hang their head and take whatever the government dishes out to them. It is a shame people would live like this.

Glad I live in the USA! Wouldn’t want to live anywhere else! I’ve been all over the world in the military!

When one realizes, what all our government could be doing to us, by observing other governments, then one also realizes the greatness and wisdom of the founding fathers.