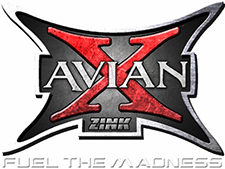 Port Clinton, OH –-(Ammoland.com)- A lot of hunters stuff their waterfowl gear into the garage attic about the time deer gun season kicks in. That’s okay; having fewer hunters afield is counted on and looked forward to by those who relish the late season’s icy winds. This hardy lot of waterfowlers takes to ice-covered lakes and frozen fields with fervor. They know some of the best duck hunting of the year takes place when the thermometer dips, and they won’t be stopped.

Hunters who brave the cold, north winds of the dwindling days of the season have something in common with the birds they pursue; they are survivors. The hardiest of ducks eke out a meager existence, working hard for what’s left of the waste grain in the fields and aquatic vegetation in the spring-fed ponds, creeks and ditches. Roosting on rough, open expanses of big water or in the tiniest of hidden holes, late-season birds only move when it’s absolutely necessary – unenlightened to the more temperate lifestyles their brethren enjoy further down the flyway. Fat mallards with thick layers of insulating feathers know where to roost, where to feed and how to conserve precious energy by trapping body heat. Stubborn and tough to hunt, they’ve seen and heard it all.

Scouting is an important key to killing late-season mallards, but so is using the right decoys. Old, worn blocks need not apply. The real birds show bright, nuptial feathers that pop at this time of year. Hunters who witness the spectacular sight of late-season greenheads back-peddling into the decoys on a sunny afternoon understand; late-season mallards appear bigger and brighter, and their posture on the water is compact but full.

One decoy perfectly replicates this look. New for 2017, Avian-X Topflight Late Season Mallards are molded from the same advanced rubberized material as other Avian-X decoys, but feature a wider footprint for better stability in rough water, while exhibiting a fuller, more robust profile and increased visibility. Avian-X Topflight Late Season Mallards depict the compact, true-to-life poses that real mallards assume in cold, late-season conditions. Each six-pack includes two Low Head Drakes, two Resting Drakes and two Resting Hens. In true, Avian-X fashion, their vivid paint jobs are astoundingly realistic and detailed. For example, Topflight Late Season Mallards lack a visible speculum, as this feature is often totally obscured by the thick down and feathers of real, late-season resting birds. The durable molding compounds and no-chip paint processes employed by Avian-X ensure these decoys are perfectly suited to endure the particularly harsh conditions and rough use of the late season.

A hot shotgun barrel makes the best hand warmer when the weather turns cold. When it’s time to break ice, Avian-X’s new Topflight Late Season Mallards are the ideal decoys for getting those big, red-legged green tops to slam on the brakes and drop right in – keeping you and your hunting buddies downright toasty.

The premier Zink and Avian-X brands offer today’s waterfowl and turkey hunters the best and most complete line highly realistic decoys, beautifully effective calls and other related products that result in increased success and satisfaction afield — whether that means more birds on the ground, or the creation of additional cherished, lifetime memories. At Zink and Avian-X, our goal is to use our team’s extensive field knowledge and experience to promote and advance the sports of waterfowl and turkey hunting in a traditional, ethical, responsible, and enjoyable manner. Mediocrity is not an option. Learn more at www.zinkcalls.com and www.avian-x.com.