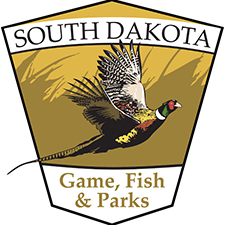 This disease is common in white-tailed deer and is typically detected in late summer or early fall. Minor deer losses to EHD can occur in any given year in South Dakota, but weather and habitat conditions will dictate the severity of the disease. EHD is not infectious to humans.

The virus is spread by a biting midge and causes extensive internal hemorrhaging. Many deer exhibit no clinical signs and appear perfectly healthy, while others may have symptoms such as respiratory distress, fever and swelling of the tongue. With highly virulent strains of the virus, deer can be dead within 1-3 days. Affected deer are often found near low lying areas or water, likely due to the deer attempting to combat the high fever.

GFP asks anyone who observes sick deer or finds several dead deer in a localized area to contact their local conservation officer or GFP office. This information is valuable to wildlife managers in monitoring deer populations across the state.

EHD outbreaks can be locally severe, but rarely affect a high proportion of the deer population. In 2016, however, the disease did affect deer populations in certain areas of eastern South Dakota and license adjustments were made in some hunting units to react to these unforeseen mortality events. Deer can continue to succumb to this disease until a hard freeze reduces midge populations that carry the disease.

For more information on the EHD virus, visit gfp.sd.gov/wildlife/diseases/epizootic-hemorrhagic-disease.aspx.