U.S.A. –-(Ammoland.com)- Imagine if Hillary was President after the Vegas Shooting. The thought sends shivers down your spine and reminds you why gun owners voted for Donald J Trump. Let’s review the actions Hillary had called for while running for President.

There’s more of course but these where the core of her anti-gun stance. Given the total lack of spine shown by many in the GOP do you have any doubt that the bulk of these laws would have passed?

What would President Hillary have meant? The end of your right to own a gun.

Once the Protection Of Lawful Commerce In Arms Act was gutted every manufacturer of civilian firearms would be sued by trial lawyers and driven out of business, and all semi-automatic firearms confiscated.

In the 1990’s the NRA and the NRA alone lead the fight to beat back the Clinton agenda to take away your firearms and your rights. At the time Hillary proposed a $250 tax on each gun sold, and they got their Brady Bill and assault gun ban. But the sunset clause of the Assault weapons ban meant it would end, and the insta-check program replaced a mandatory waiting period. Thank you, NRA.

How can you help? Join and contribute to a group that supports your gun rights. I am someone who thinks the GOA picks a position to the right of the NRA just to be different, and cause trouble. That said, Gun Owners of America more than fine to join another group and support them.

Support the Friends of the NRA. Why? The FNRA contribute some $60 million a year to youth and women’s shooting. They bring in new shooters and builds the next generation of patriots. All you have to do is attend their next local function and enjoy an evening out surrounded by other gun owners. You’ll find the list of function here Friends of the NRA

Below is a list of the top 10 gun rights organization in the US – Pick one – pick several, but join today: 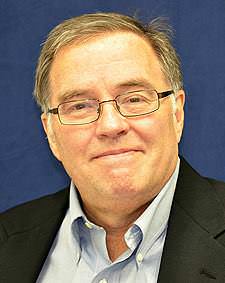 Many of us thought that after gun owners rallied to Trump the anti-gun left would follow Bill Clinton’s advice and drop this as a core issue. For the Clinton’s gun control was always her issue, not his. With Hillary preparing for a 2020 run for President the left’s desire to take away your guns will be front and center.

Join the fight to preserve your right. If we lose, they’re gone forever.

Don McDougall is an NRA instructor and member of the Los Padres “Friends of the NRA” committee. If he’s not at the range you will find him setting the record straight with on gun issues and gun safety onAmmoLand Shooting Sports News.

Well Boys and Girls it you all would do some research you would find it killary had become President we would be under NATO laws by now. She had said time and time again in her speeches she would have did away with the constitution and brought in NATO laws. So is good she did not become President.

Remember that Mr McDougall has a dog in the fight. He is, per the blurb at the bottom, a member of the FRNA, Committee, not a disinterested party. As a Life Member, I was disgusted at the amendments on the last ballot. They entrenched the NRA hierarchy and took even more power away from the base. When it is added on to the Norquist issue, it is obvious that the NRA has decided that making money is far more important than fighting illegal immigration, which is a sure bet to kill the 2A through increased numbers of Progressive-Socialist(Democrat) voters. I… Read more »

It was a set up in more ways than one.

Then, I think, they would have shot minorities to get the RINO vote.

If the shooter in vegas had chosen a minority event the RINOs would have folded and given the dems what ever they wanted.

What should worry you is that at the national level, in Washington DC, there’s very little difference between Democrats and Republicans. Right now, thanks to Republicans like Paul Ryan, CCW reciprocity and suppressor legislation is dead on arrival. When Congress gets around to regulating ‘Bump Stocks’ what other firearms accessories will they ban?

There is at least one state that is also going after Soledad well thinking that the scope makes the rifle that much quieter and extends the range by making it more powerful( making the cartridge more powerful), the only thing a scope does is make the person a bit more accurate, the scope foes nothing for the round, it only helps the person.

@GMB, if the professional politicians realize that there is a lot of political hay to be made if Hillary is prosecuted, then your dream may come true. Bill would be happiest of all, and Chelsey Clinton’s political career might be ruined before it begins.