Here we go again!!!
Ban the bump fire stocks!
Ban high capacity magazines!
Ban evil black assault weapons!
And while we're at it, why not repeal the Second Amendment?! 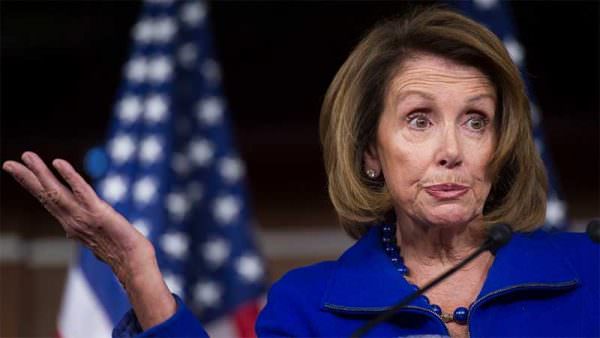 USA -(Ammoland.com)- We've said it before and we'll say it again… all it takes is one terrible event, one news cycle, and suddenly the gun control lobby starts demanding more gun control.

We mourn this senseless slaughter and our hearts go out to the families of survivors. But does anyone believe that more laws are the answer? Does anyone believe those calling to ban bump fire stocks will settle for that one change?
And for those who consider it crazy to say that passing just one or two little laws is a slippery slope, consider this …

The spent casings were not even cold before there were calls to ban AR-15s and high-cap magazines, force private sales to go through background checks, limit the number of firearms someone can buy in a month, force Americans to use so-called “smart” gun technology, and on and on.

There are even people who are literally calling for the repeal the Second Amendment! That sure sounds like a pretty big slippery slope!
And then consider this exchange between Nancy Pelosi and a reporter last Thursday:

“There are going to be Republicans who resist this because they say, Give the gun control people an inch and they'll try to take a mile,” a reporter asked Pelosi at a press conference. “So how do you plan to overcome that when the truth is that you would like to go further?”

“So what?” Pelosi responded. “They're going to say, You give them bump stock, it's going to be a slippery slope. I certainly hope so. But I don't think bump stock should be a substitute for the background check. By the way the background check is a compromise. There are many more things members want to do …”

So if you think your rights are safe because Trump is President or that Republicans are in control of the Senate and House, we have bad news for you. Your rights hang in the balance every day. And that's why it's vital that you support our work to protect your rights.

About the Buckeye Firearms Association:

For more than 12 years, Buckeye Firearms Association has worked to defend and advance the right of more than 4 million Ohio citizens to own and use firearms for all legal activities, including self-defense, hunting, competition, and recreation.
BFA works to pass pro-gun legislation, educate the public through ongoing media relations, provide high-quality firearm classes, and make available a wide variety of resources for gun owners. We even work with other pro-gun organizations around the country to help them further their mission.

And when you join today, we'll give you a Pocket Constitution so you can remember what we're fighting for. Because it's not just about guns. It's about a unique and powerful set of ideas that make America the world's home of liberty and freedom.

Someone needs to examine her head. She is crazier than a sh*t house rat. She is not alone because Finestein is with her, Boxer, and a lot of others in the taxpayer supported nut house known as the swamp.

Pelosi is crazier than a STEPPED ON ANT.
AND JUST TO STUPID TO BE BREATHING MY AIR.
and i have RESPECT FOR ANTS, AT LEAST THEY SERVE A PURPOSE.

That bugged eyed bitch Pelosi is the face of the Democrat party. I hope she keeps her job a minority leader. She is so shrill and ineffective that she drives people away from the Dims

The Gun Haters plan has always been total disarmament and confiscation of all civilians and most of the police. The Gun Haters will take it piece by piece, always have, until they get all of your firearms.

Most of the elected members of congress were youngsters and some in college when the Vietnam war was going on and I would venture to say some were out there protesting the war, they didn’t like firearms in the 60’s and they still don’t.
If they get their way all firearms will disappear from private ownership, the Rose colored glasses these folks have worn all their life needs to be knocked off their face’s.
If they won’t enforce the laws already on the books why make more.

The gun grabbers dream is to repeal the 2nd Amendment, I say, please try, and if you do get it past 36 states, good luck trying to get all of the 380 million guns owned by the public. Please show up in the middle of the night, breach those doors and just try and take them from the 80% of Americans who will not turn their guns in. The carnage would make the civil war look like a fist fight. And who do you think will breach those doors and line up in single file to die? Certainly not 95%… Read more »

California CCW permit holders are required to take a 4-hour certification every two years on each concealed firearm they carry. We are allowed four firearms listed on our permit. The class consists of gun safety and range qualification. The cost is $65.00. My wife and I recently renewed our CCW permit for another two years. Our class was comprised of 32 attendees. Half of them were female. I was amazed at how well they shot.

I think it’s great that they can get everyone in Cali with a CCW, all in one class.

OK, background checks. background checks, what good are they? They are only useful in telling if someone has been caught already. They have proven to be useless in preventing teachers from sleeping with our children, useless in preventing nursing staff from raping patients, stealing from patients etc… If you have nothing bad in your background it only means two things, 1. You are genuinely a good person and have not done anything bad, 2. You have not been caught yet.

People need to speak up! This is the kind of crap that Democrats wish for. They figure everyone will just shut up and play nice because they’re shouting their spew off of the top of the pile of dead bodies. Time for them to know that the patriotic American’s aren’t just going to lie down and let them strip us of our rights. Otherwise they’ll get their wish eventually and start shipping off Conservatives to some labor camp complete with a crematoria to dispose of the victims. There’s no way they could do that you say? Who’s going to stop… Read more »

@VE, I spoke up to the NRA, yesterday. I told them that if they supported any kind of gun control whatsoever, the stream of money from me to them would cease. The poor telephone receptionist did not know what to say. I asked her to pass it on. I will write a short letter next.