U.S.A. –-(Ammoland.com)- After the shootings in Las Vegas, NV and Sutherland Springs, TX Congress tabled all gun bills to the dismay of many firearms owners. It appears that Congress is ready to continue forward with gun bills. This week two gun bills move forward in the House Of Representatives. The House Judiciary Committee will vote on both bills this week.

The first gun bill, which is strongly supported by all gun organizations, is a national concealed carry reciprocity bill. This bill will let any person with a concealed carry permit in one state carry their firearm in any other part of the country. It will work similar to how a drivers license works now. The Bloomberg backed group Everytown For Gun Safety has come out strongly against this proposal. 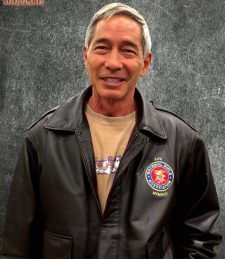 LtCol Willes K. Lee (ret), who is an NRA board member and President of the National Federation of Republican Assemblies (NFRA), speaking on behalf of himself said, “The Second Amendment affirms our God-given right of self-defense. National Right-to-Carry reciprocity remains the NRA, and my, number one legislative priority. It is about time Congress moved on President Trump’s campaign promise.” He then went on to say, “This is common sense legislation to make Americans safer. All the 2A community should call their congressman now. We need reciprocity, and we want to see the votes on the floor prior to the 2018 primary elections.”

The second bill is a direct result of the shooting at the First Baptist Church of Sutherland Springs in Texas. Devin Patrick Kelley, 26, entered the church and killed 26 members of the congregation. A good citizen armed with an AR15 wounded the gunman and proceeded to chase Kelley as he was trying to flee the scene of the murders.

In 2012 Kelley was court-martialed by the United States Air Force on charges of assaulting his wife and child. The USAF discharged Kelley on a “bad conduct” discharge in 2014. Kelley should have never been allowed to buy a firearm under federal regulation, but the USAF failed to provide the FBI with the proper paperwork which would have prevented the sale.

This bill is supposed to close holes in the in the NICS system. The bill would implement punishments for federal agencies that do not comply with criminal reporting requirements. This bill goes as far as stopping bonuses for political appointees at the organizations that are not in full compliance with the FBI until they do meet the NICS standards.

It will also reward states that do report correctly to the NICS system. This reward would be through federal grant preferences. The attorney general will have to produce a semi-annual report on which agencies are complying and which are not.

One part of the bill that might seem scary is that it will also look at how many times criminals have used bump stocks in crimes. On the surface, this provision might seem like an anti-gun victory, but it isn’t a victory for the anti-gunners at all. After the shooting in Las Vegas, I started to look into how many crimes were committed using bump stocks. I could not find any other crime using the device outside of the horrific crime in Las Vegas.

The fact that criminals do not use bump stocks in crimes should show the feebleness of banning them as just as New Jersey is set to do via a bill (A5200) that is set to be released from a committee on Thursday. It will give the pro-gun community more ammunition to fight against the Bloomberg backed groups and their false narrative.

Both bills are expected to pass The House Judiciary Committee and move to the floor for a vote. There is no timetable for that vote.

To all that are critical of the passage of HR 38, I have a feeling that you don’t live in New Jersey as I do. This bill isn’t perfect, but we have been denied our Second Amendment rights for so long that I applaud ANY progress!

…or CA, or NYC, or MA, etc. Brother, you do not stand alone! Only by pulling together and ceasing to slander those pro-gun people who, for whatever reason, happen to live under a dictatorship. Many just don’t seem to understand that any anti-gun group which is successful in one state, is cheered on to push the same agenda in another state. It’s not all about guns. Many decades ago, eco-Nazis said that they were going to get rid of corporations which cut down trees and such, and they would do so by hook or by crook, even lying (as they… Read more »

I have two non resident CCW permits so hoping big this passes , and I feel it will due to the baseball field shooting with steve scalise

This bill is a sham. It still leaves much of who, what, where someone can carry up to the states. If for instance, someone from New Hampshire was to carry his/her weapon in Connecticut, and it was a Sig Sauer 226 with a threaded barrel, it would violate Connecticut’s AWB which makes a semi-auto pistol an assault weapon because it has a threaded barrel. The fix for this and every other unconstitutional and oppressive gun law is for the Supreme Court to once, and for all, rule these laws unconstitutional and force those communist states to repeal them. Lastly, we… Read more »

First, I totally agree regarding SCOTUS. There never should have been a NFA (1934). SCOTUS should have nipped that in the bud with a simple statement that the words of the authors of the 2d Amendment exists yet today for anyone to read about the words they used and what they meant. That the authors, James Madison and George Mason fully supported an armed militia comprised of citizens between the ages of 14 and 65, who, when called upon, could respond to a national crisis. That such militia required no training or membership in order to do what was considered… Read more »

If I remember correctly, and I might be wrong, there is a part of the NICS Bill that makes a misdemeanor a disqualifier. If this is the case that is a problem and needs to be fixed. I listened to a good portion of the testimony but wasn’t able to get through it all last night. The one thing that was immediately clear was that Rep. Raskin, from Maryland is a true Socialist whose goal, if he could achieve it, would be complete control of Citizens lives by the State. This man is extremely dangerous to the concept of a… Read more »

The share act is the bill that’s long over due. Ryan is a hack republican.

The first bill is long overdue. If I can drive anywhere in the US with a single state’s DL, then the same should apply for my CHL/LTC/Other. The second bill is totally a waste of time and money. There exists policies that state they agencies must report the information and in what time it must be reported. Just start firing people and management like a business would. You don’t do your job, you have no job. Another law? Sounds of stupidity and swamp talk to me. These people are exactly why Trump was elected. Do nothing and change nothing. I… Read more »

Prohibition got far better treatment than has the 2nd, in that the lefty progressives had to get an amendment passed to ban alcohol, and the righty conservatives had to get an amendment passed in order to get Prohibition repealed. And booze, at best, would only be a privilege, not a right (though many might disagree LOL) Jefferson said that the means to change the Constitution was in the hands of the people. That he hoped they would think long and hard before making any changes. That they would consider the context of the writing and the time limit. In either… Read more »