WASHINGTON, D.C. -(Ammoland.com)- The Migratory Bird Conservation Commission, chaired by U.S. Secretary of the Interior Ryan Zinke, approved $21.9 million in grants for the U.S. Fish and Wildlife Service and its partners to conserve, enhance or restore more than 92,000 acres of lands for waterfowl, shorebirds and other birds in 16 states.

The grants, made through the North American Wetlands Conservation Act (NAWCA), will be matched by more than $45 million in partner funds. NAWCA grants ensure waterfowl and other birds are protected throughout their lifecycles.

“I grew up hunting and fishing and know first-hand how important the outdoors is for our own health, the health of our communities and the health of our economy,” said Secretary Zinke. “The projects approved today by the commission will benefit hundreds of wetland and coastal bird species, other wildlife, and their habitats, ensuring we have the ability to pass our shared heritage down to our kids and grandkids.”

Wetlands provide vital habitat for fish, wildlife and a variety of plants. They buffer communities from the effects of storms and floods, and contribute to the $156 billion hunting, fishing and outdoor recreation industry.

This year’s projects include:

The commission also heard a report on 32 NAWCA small grants, which were approved by the North American Wetlands Conservation Council in February. Small grants are awarded for smaller projects up to $100,000, to encourage new grantees and partners to carry out smaller-scale conservation work. This year, $3.6 million in grants were matched by $10.9 million in partner funds.

The commission also approved more than $5.4 million from the Migratory Bird Conservation Fund to conserve 2,259 acres for six national wildlife refuges. The approvals will improve refuge management capability and enable the Service to open thousands of acres to public waterfowl hunting for the first time.

These funds were raised largely through the sale of Federal Migratory Bird Hunting and Conservation Stamps, commonly known as “Duck Stamps.” 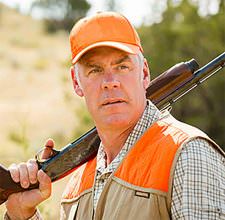 “Hunting and fishing underpin the North American model of conservation, founded on principles of sustainable use and access for all,” said Secretary Zinke. “Sportsmen and women continue to be the engine behind the nation’s wildlife conservation efforts, as demonstrated by these Duck Stamp funds. The Duck Stamp puts hunting revenues back into public lands to improve access and enhance outdoor opportunities not just for millions of sportsmen and women, but for all Americans who spend time outdoors.”

For every dollar spent on Duck Stamps, 98 cents goes toward the acquisition or lease of habitat for the National Wildlife Refuge System. Duck Stamps – while required by waterfowl hunters as an annual license – are also voluntarily purchased by birders, outdoor enthusiasts and fans of national wildlife refuges who understand the value of preserving some of the most diverse and important wildlife habitats in our nation.

The following national wildlife refuge proposals were approved for funding:

Since 1934, the Federal Duck Stamp Program has provided more than $800 million for habitat conservation in the Refuge System.

The FWS is responsible for managing an unparalleled network of lands and waters in the National Wildlife Refuge System, including 566 national wildlife refuges and 38 wetland management districts. Refuges offer world-class public recreation, from fishing, hunting and wildlife observation to photography and environmental education. Every state and U.S. territory has at least one national wildlife refuge.

The amounts approved at the meeting are dependent on the passage of the fiscal year 2018 budget.

The Migratory Bird Conservation Commission is chaired by the Secretary of the Interior. Its members include U.S. Senators Thad Cochran of Mississippi and Martin Heinrich of New Mexico; Representatives Robert J. Wittman of Virginia and Mike Thompson of California; Sonny Perdue, Secretary of Agriculture; and EPA Administrator Scott Pruitt. The commission has helped in conserving much of this Nation’s most important waterfowl habitat and in establishing or enhancing many of our Nation’s most popular destinations for waterfowl hunting.

Additional information about North American wetlands and waterfowl conservation can be found at https://www.fws.gov/birds/, which offers waterfowl enthusiasts, biologists and agency administrators with the most up-to-date waterfowl habitat and waterfowl population information.

About U.S. Fish and Wildlife Service:

The mission of the U.S. Fish and Wildlife Service is working with others to conserve, protect, and enhance fish, wildlife, plants, and their habitats for the continuing benefit of the American people. We are both a leader and trusted partner in fish and wildlife conservation, known for our scientific excellence, stewardship of lands and natural resources, dedicated professionals, and commitment to public service. For more information on our work and the people who make it happen, visit www.fws.gov.