Stryk B pistol re-designated as Type B

Las Vegas, Nevada (Ammoland.com) Arsenal Firearms U.S.A.—the Nevada-based manufacturer of innovative products such as the STRYK handgun—announced today that it is rebranding the organization to ARCHON FIREARMS (arK-ahn) due to a potential trademark dispute. The company’s soon to be released pistol, the Stryk B, has been re-designated as the Archon Firearms Type B.

According to Archon Firearms CEO, Adrian Chavez, “Although we are confident in our legal right to the previous name, we’ve chosen to rebrand to avoid a potentially lengthy delay in the launch of our Type B pistol. Unfortunately, the rename does require manufacturing new slides with updated markings, as well as the reissue of an ATF-required marking variance, so some delay is inevitable and we now expect to launch in late spring.

“We apologize for the frustration this may cause some of the tens of thousands of customers who have placed preorders through their dealers,” Chavez added. “We wouldn’t exist without their patronage and we are doing everything we can to expedite the process. Type B samples have been in final field validation for a month now with a select group of firearms trainers and competitors, and based on their unanimously positive feedback, we are confident the wait will be worth the inconvenience.”

About the Archon Firearms Type B Pistol

Developed in Italy, manufactured in the European Union, and designed specifically to fulfill the preferences and highest expectations of the U.S. market, the Type B represents a new class of compact, polymer grip, striker-fired handgun, and features an extremely low bore axis and unique recoil-reducing mechanical design boasting improved accuracy over conventional pistols. A number of features preferred by American shooters—which would typically require expensive customization—have been integrated into the Type B’s design.

The main advantages for the buyer: First there is the straight trigger with shortened reset for precise shooting. But the main difference to all other polymer pistols is one of the lowest bore axis in the modern pistol market. The technical construction of the innovative STRYK B pistol is specifically designed for sport shooters, home defense or for duty and guarantees highest accuracy in a fast rate of fire. This model is also a good choice for concealed carry.

The STRYK B pistol is equipped with the unique AF-Speedlock, which ensures that the handgun’s 4.3-inch barrel cycles in a straight line from front to rear without tilting. The weapon is locked by vertical movement of the locking block, which is not firmly attached to the barrel. Advantages of the technical construction of the STRYK B pistol: 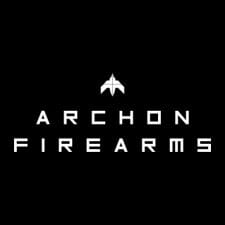 Archon Firearms is an innovation-driven firearms company based in Las Vegas, Nevada that is committed to providing apex shooting enthusiasts and U.S. warfighters and peacekeepers with high-performance products. www.archonfirearms.com

LAS VEGAS, NV – For the last 7 days, we have been receiving a barrage of inquiries from our customers, partners, and industry in general regarding the name Arsenal and our brand. To answer all interested parties, we would like to simply say that Arsenal, Inc. is NOT rebranding.

So glad I didn’t pre order. These where supposed to be shipping in November or December of 2017, after waiting forever on the ATF approval. I’m sure many are very frustrated.

Looks interesting. Videos don’t give me enough info though. Hopefully I might find one in stock somewhere someday to handle it.

The video is lacking but I do like the shape of the trigger.