Chattanooga, TN – -(Ammoland.com)- Chattanooga Shooting Supplies, Inc. has made several key executive changes to further strengthen the organization and its focus on the customer.

Bill Sumner has been appointed to the new role of Director of Sales, overseeing the wholesale arm of the business. Bill previously was Head Buyer and oversaw Purchasing. He brings a strong customer focus and industry knowledge to the wholesale team.

Tommy Hamn has been appointed to the new role of CMO, Chief Merchandising/Marketing Officer. Tommy previously oversaw Marketing and E-Commerce and will add Merchandising to his role. Combining these areas will further align CSSI with customers and vendor partners.

Jon Pickett has been appointed to the new role of Director of Finance, in addition to his position as Controller. In this role, Jon will oversee the entire finance operation and serve as a strong partner to the sales driving teams. 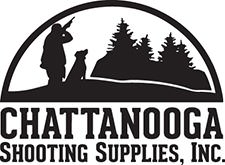 Bill, Tommy and Jon will report to Ron Staffieri, President and CEO of CSSI.

Chattanooga Shooting Supplies was founded in 1977 by two families that had a passion for waterfowl hunting and shooting. That same passion holds true today with the second generation of family members and has now grown into a business stocking over 45,000 skus of shooting and hunting related products to service the independent dealer. CSSI’s mission is to provide same day shipping, competitive pricing and the top selling brands. The knowledgeable and courteous sales staff are users of the products they sell. (800) 251-4808 or at www.ChattanoogaShooting.com.