USA -(Ammoland.com)- The Idaho legislative session starts in just three days. Next week we continue our efforts to get Stand-Your-Ground passed in Idaho!

The battle to pass Stand-Your-Ground is not going to be easy, and we are going to need your help to do it — more on that in a minute.

In a state like Idaho, you would assume that these bills would be a slam dunk. With the large pro-gun majority we have now, you would think this bill would be easy to pass.

But history has proven differently.

Politicians rarely like major changes in the law or do anything that is controversial. They prefer to do what is easy, and not necessarily what is right.

You see, once they are safely in office they do their best to do absolutely nothing for freedom!

They figure that if they don’t “stir the pot,” then their chances of getting re-elected are much better. That’s why it is so important to have the grassroots involved and pressuring them to get off their duffs and do something!

Do something, or face the consequences at the ballot box!

And with the 2018 elections right around the corner, the political elite in the capitol are going to be pushing back against efforts to strengthen our gun laws to avoid “controversy.”

Stand-Your-Ground shouldn’t be controversial. It’s been around for a very long time. It isn’t a new concept. Gun owners must have the best protection possible, should they ever have to defend their lives.

Under an Idaho Second Amendment Alliance Stand-Your-Ground law, citizens would:

Under current law, the criminal who just broke into your home is presumed innocent, and you are potentially guilty of murder until you can prove otherwise.

These crucial and necessary changes to update our self-defense laws are not going to happen without the help of gun owners all across the state of Idaho.

Our bill sponsor, Representative Christy Zito, needs you to be actively engaged this session. She is going to be outnumbered by the anti-gun progressives who seek to stop our efforts.

But with you and I standing right behind her and helping her push this bill, we can make a huge difference! What can you do to help us before the session begins in four days?

We passed Constitutional Carry with the massive support of gun owners in Idaho and we will pass Stand-Your-Ground in the same fashion. 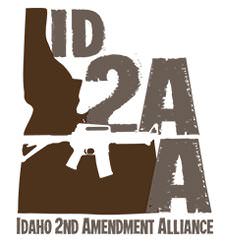 But we have a long way to go before that happens! It all begins in four days and it begins with you standing with us.

We only passed Constitutional Carry when gun owners stood up and demanded its passage.

The same will be true for Stand-Your-Ground!

Sorry everyone but my copy of the article doesn’t have any links in it to get me where I’m supposed to sign. I’ll do a web search but someone might want to leave a link in the comments section. I don’t know if people will take the time for a search if there’s no link. Just wanted to throw that out there. Our 2nd means everything to me also.

I live in IDAHO, we do have DEM that get money from george, and the DNC. they help push the Dem agenda.
But we have a lot of sports shooting and hunting, and we still need this real bad to protect your self.
I have spread this to all I know and they to do the same.

Come on pro gun community!!
Here’s your chance to make a difference.
If you don’t take time and effort to support “Stand Your Ground” legislation don’t accuse the left. It will be you who will stand accused.
If I were an Idaho resident I’d sign the petition in a flash and do all I could to inform and encourage other gun owners to do the same.