U.S.A. –-(Ammoland.com)- Of the 34 Senate seats up for grabs this November, 26 of them are currently held by Democrats.

And of those, at least nine are considered competitive, depending on who’s doing the counting. Five of those are in states that went for Trump in 2016 by 18% or more, which means those Dem incumbents have a tough electoral row to hoe. But of all the endangered Senate Democrats, none of them is threatened more than West Virginia’s Joe Manchin.

You probably remember Joe. He’s the formerly NRA A-rated candidate who, while running for the Senate in a 2010 special election, professed his staunch support for the Second Amendment while pledging to “repeal the bad parts of Obamacare.” In a famous commercial, he drove home his pro-gun bona fides by putting a bullet hole center mass in a draft of the cap and trade bill his party was pushing at the time that would have devastated West Virginia’s coal industry.

What did Joe do when he was elected? Following the Sandy Hook shooting, he opposed the NRA — which had supported him in both 2010 and 2012 — by partnering with Pennsylvania’s Pat Toomey to push the Manchin-Toomey universal background check bill. But despite solid Democrat control of the Senate, the legislation crashed and burned when four other rural state Democrats voted against it.

“I did what I thought was the right thing for our country. I sought out a compromise position that I thought could move the ball forward on an important matter of public safety,” he said in a statement….

Oh, and just for good measure, he also voted in lockstep with the rest of his fellow Senate Dems against the bill that included an Obamacare mandate repeal, too.

It’s almost as if the Senator from the Mountain State will say and do anything on any issue in order to get elected, then falls dutifully in line with his fellow Democrats when it comes time to vote on legislation.

You’d be forgiven for thinking that his party’s leadership has a shock collar around his neck to keep him in line.

West Virginia is a blue collar state whose coal industry was ravaged by eight years of Obama-era EPA regulatory hyperactivity. It’s been trending ever-more red in presidential elections this century and went for Trump in 2016. Bigly.

That means big trouble for Senator Joe this fall.

Given his record and the state’s electoral trends, what can West Virginians — and gun owners — expect from Manchin in the next nine months? Expect him to distance himself from both parties, all the better to portray himself as an independent outsider and run against Washington itself, someone West Virginians can trust (despite having been in D.C. for the last eight years).

Also, look for Manchin to develop a newfound respect for the Second Amendment. He’ll hope that West Virginians will forget that he slammed the NRA as a bunch of corporate shills after they opposed him on universal background checks and attacked him for promoting gun control. He’ll also be betting that home state memories are too short to remember that none other than Michael Bloomberg held a fund raiser for him following the Manchin-Toomey bill’s defeat.

He’ll be asking Mountain State voters not to believe what they’ve seen with their lying eyes during his first two terms and listen to what he’s saying to them now. We’re betting they won’t be fooled again. 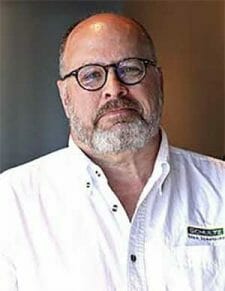 Dan Zimmerman has been shooting all kinds of guns for 25 years and writing about them for the last eight. He’s particularly into the shotgun sports, including trap, sporting clays, duck, and pheasant hunting.
21 Comments
Inline Feedbacks
View all comments

No mention of Alan Gottlieb, who co-wrote the national gun registration scheme with Toomey and Manchin?

He is a typical lying sneaking two faced RINO politician . Eight years is enough for all politicians to serve, after that, they seem to get to comfortable and forget what they were sent there for, and turn to what they want,. and not what the people want. Democrat or Republican, lets get rid of those we can this November. Born and raised in West Virginia and proud of it.

Pull quote: “I did what I thought was right” – and therein lies the problem with virtually ALL elected (supposedly) representatives at all levels – while they are supposed to act in the best interests of their constituents, they nearly always do what they want to – or what their party orders them to.

Doing what is right IS what West Virginians want! Following the tribalism message is not always what is in th best interest of our constituents I have, and will always vote for the person who most represents what I think is right. West Virginians have absolutely voted against their own interests this past election….’we’re bringing coal back to West Virginia’

Toomey is a RINO and just as bad as Manchin. They are both camillians and can change colors at the drop of a pencil.
He appears on Fox News appearing like a republican but in reality he is a lying demorat.
The god people of W.V. need to send him home, for good.

There are too many two faced oath breaking politicians are in office. It is obvious, if we are to get back to the United States and what it stands for we must vote these Bovine Skatalogists out of office. They are there only to enrich themselves at the expense of their constituents . I would love to see politicians held accountable to their oath.

If I was a resident of West Virginia he has not done a thing to earn a vote for him. He has done many things against the oath of office he swore to such as the Manchin-Toomey Universal Background Check Bill,he doesn’t deserve the vote of any Freedom,Liberty minded West Virginian.

Manchin has the ability to look you right in the eye in a way that radiates truth, justice and the American way. But he’s like many politicians. He has no principles, no conscience and he’s not even qualified to be a shyster. He flimflammed West Virginia voters, particularly miners and country people, all the way to the governor’s mansion and the U.S. Senate. Time to replace him with a real West Virginian who may not be as slick but who has enough common sense promote West Virginians and the Nation as a whole.

Get rid of this two-faced phony now!

I live in WV and voted for Joe, once. Never again. He does what Harry Reid or Chuck Schumer tell him to do. He even flat out lied in a letter to me, telling me he “protected” my right to extended magazines. But I saw him on TV with my own eyes holding up an AR 15 30 round magazine and saying “I never needed 30 rounds to go hunting”. So, is the 2nd Amendment about hunting Joe? I think not. Most people around here call him a flipper-flopper. I think they are being kind. He is a back stabbing… Read more »

I live in WV as for myself and 99% of the people I know we intend to fire Manchin this November no more games no more lies we are done.

If the Manchin-Toomey Universal Background Check Bill (gun registration scheme) is ‘reaching across the aisle’ I want no part of it. Time to send those two packing!

The article does well to explain why Manchin is not to be trusted to support 2A rights. The question is, and regretfully not answered in the piece, who are the alternatives?

Look, he has had eight years in D.C.. it’s time to look at what he has done there. Not what he said he was going to do or will do or might do. It’s what he’s done that tells the tail. He might what to turn around and look to see if his tail is showing.

Time to send this two faced prick down the road… Replace him with a non RINO, non wavering, HONEST, 2nd Amendment backing Republican…. Any takers down there ?

@Hiwayman Ramey, We are paying attention. You can put that in the bank!

I lived in W.Va. a long time ago, when my kids were young. Beautiful State ! Was then staunchly democRAT
and kept that way by the UMWA. But then Obama cut their throat. Hillary threatened to do worse, emasculating
them first. The light dawned on a bunch of poor, hardworking folks that the God-like union forgot.
Maybe they learned not to listen to promises from lying democRATS. Hunger will make you pay attention.

do you know how to tell when Joe Manchin is lying?? His lips are moving.