Camfour, a leader in wholesale firearms distribution, will now carry the full line of DSI AR-style rifles and accessories.

“Camfour is one of the leading firearms distributors in the nation,” Ed Newman, co-founder and owner of DSI said. “Their reputation within the industry is stellar. Camfour is focused on providing superior service to their dealers, as well as their manufacturers. We look forward to a long and productive relationship with this top tier firearms distributor.”

“Camfour is pleased to be representing Dark Storm Industries quality line of AR platform custom built rifles.  This innovative company has addressed most of the compliance obstacles experienced by dealers and consumers in many states across the nation with specific compliant AR SKUs,” Bill Howe, VP of Operations for Camfour added. “This is a solution-based company we’re proud to represent and look forward to growing our business with Dark Storm.”

Camfour was founded in 1952 by the late Al Ferst, in Springfield, Massachusetts. In the early years, Camfour distributed a variety of products in the outdoor, fishing and hunting markets. Eventually, Camfour reestablished itself in Westfield, Massachusetts and focused solely on the firearms industry. Camfour has lead the technology revolution in the firearms distribution sector by introducing PCGun, an online ordering software, in 1984 and again this year with the new EZGun software for dealers. EZGun offers dealers the ability to have instant access to inventory and the ability to order 24/7. In 2003, Camfour purchased Hill Country Wholesale in Pflugerville, Texas. Camfour Inc. / Hill Country Wholesale now serves their customers from two locations.

DSI, launched in 2012, as a result of two individuals frustrated by local dealers who did not stock AR style rifle parts, has focused on providing the shooting enthusiast, in any state, an AR platform modern sporting rifle designed and built like a custom gun, but not at custom prices. DSI rifle receivers, bolt carrier groups, barrels and other parts are USA made.  Patented lowers give DSI the edge when it comes to providing exceptional compliant rifles to all 50 states. DSI rifles come in a variety of configurations in the standard, fixed mag and “featureless” models and in a variety of calibers from .22LR, 5.56, .300 Blackout, 9mm, .308 and 6.5 Creedmoor. 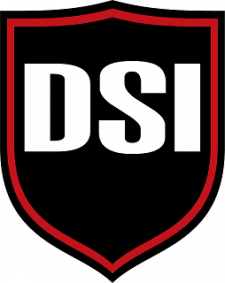 All of these negative comments are foolish and perhaps this is why the anti-gunners are still around. Instead of supporting our 2nd amendment rights ALL throughout America and standing firm they point to those comments and say we are all rightists red necks. There are many many folks here on Long Island and throughout New York who are staunch 2nd amendment supporters and would never let “them” grab our guns. Please put your wide brush down and support those of us who are here in New York. Remember most of the gun makers were here in NY and New England… Read more »

@erica just wondering, if N.Y. is so flourished with 2A supporters how did it happen that Commo and DeBlas got elected and pulled the anti 2A stunts they did? Just saying……

DSI saved the Second Amendment in NYS. At a time when gun dealers found it easier to succumb to the will of communist nazi politicians that only their law enforcement personnel be “allowed” AR type rifles, by putting up signs “LAW ENFORCEMENT ONLY”, DSI continued to sell to the public, at great legal expense to themselves, fighting for a legal path to citizen ownership of these rifles. They are great guys, and deserve support. I built a custom rifle using their billet lower and a complete upper – AND I LOVE THAT BADASS RIFLE. Being in business, they did all… Read more »

That was my first thought, located in New York???????? Thanks but I think I will stick with what I have.

A very nice looking piece of equipment. However, these days, I am having a difficult time supporting any company based in such anti-gun states such as New York or Massachusetts.