Through its political arm, the SSAA-LA (Legislative Action), the organization works to protect Australia’s outdoor heritage and the rights of gun owners in Canberra and in Australia’s states and territories. A true grassroots political group, Sporting Shooters’ Association of Australia informs and organizes its members through its publications Australian Shooter, Australian Hunter, Australian & New Zealand Handgun, and its vital E-Newsletter.

NRA is proud to have a relationship with SSAA that stretches back decades. In 1993, SSAA hosted NRA President Robert K. Corbin in order to learn NRA strategies that Australian gun owners could employ in their own fight for freedom. 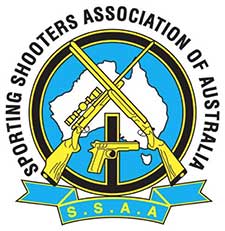 Upon his return, Corbin told the American Rifleman,

People might ask, “Who cares about Australian gun laws?” I think we should all care. Why? Because anti-gunners in the Australian media repeat the same distortions and lies we hear in the U.S., their anti-gun politicians push the same useless gun bans as solutions to crime, and if gun owners lose the fight in Australia, we may not be far behind.

Corbin’s words are more relevant than ever. With the legacy media and politicians like Hillary Clinton and Barack Obama pushing Australian-style gun control in the face of conflicting evidence, the fates of Australian and American gun owners are inextricably linked.

Sporting Shooters’ Association of Australia’s fight is our fight. That is why we congratulate SSAA on reaching this milestone and hope that there are many more to come.

About :
Established in 1975, the Institute for Legislative Action (ILA) is the “lobbying” arm of the National Rifle Association of America. ILA is responsible for preserving the right of all law-abiding individuals in the legislative, political, and legal arenas, to purchase, possess and use firearms for legitimate purposes as guaranteed by the Second Amendment to the U.S. Constitution. Visit: www.nra.org