Montana – -(Ammoland.com)-  Would you release a 30.5-inch rainbow trout if you caught it? David Raisch of Pocatello did, and he’s now a Montana state-record holder.

Raisch caught his record fish in late March and recently submitted it into Idaho Fish and Game’s catch and release records, which allows anglers to claim a state record while letting the fish live. The program started in 2016, and it complements the traditional “certified weight” records that require anglers to weigh the fish on a certified scale, which means the fish is typically killed.

Raisch was fly fishing in the Snake River when he landed the record rainbow, which coincidentally is where the previous record of 29.3 inches was caught.

If you catch a big fish and want to enter it in the catch and release records, here are the general guidelines: 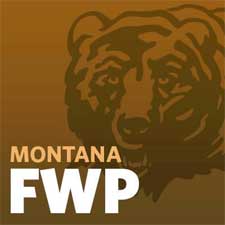 Montana Department of Fish And Game

The Montana Department of Fish, Wildlife and Parks (MFWP) is a government agency in the executive branch state of Montana in the United States with responsibility for protecting sustainable fish, wildlife, and state-owned park resources in Montana for the purpose of providing recreational activities.[3] The agency engages in law enforcement activities to enforce laws and regulations regarding fish, wildlife, and state parks, and encourages safe recreational use of these resources (such as safety courses for boaters, hunters, snowmobilers, and others). http://fwp.mt.gov/

YES. The biggest fish usually have best genes, and lay the most quantity and quality eggs. I’ll never mount any animal I harvest.

Yep, it would have been released if I caught it … regulations require it when fishing in the Gunnison Gorge. There are plenty of Browns that size that are awesome to catch and eat … might even reduce some smaller Rainbows from becoming a meal! Whirling disease really hit the Rainbows hard, but there are still some big ones in the river to catch and they are recovering slowly.

No. The chances of landing a fish that size on light tackle without exhausting it are slim. He’d be on the wall.

I heard that fish have a mucous layer on their skin and that if one is catching with intent to release, to take care not to remove the fish from the water to reduce damage to their skin.
Can someone affirm or correct that opinion? (plz) I have seen fish with pale hand prints on their skin.

First of all, congratulations to the man for releasing the fish. During the time I bass fished in clubs I never killed a bass, always released them alive. I couldn’t kill something I had so much fun catching. When I wanted fish for dinner I went to the grocery store.

It’s the fisherman’s call I wont judge either way. The trophy isn’t always in the kill. Congrats to him and thanks for sharing the picture.

Would I release a trout that size? Yes. If we take the big ones out of the population, we’re selectively breeding them to be smaller. Want bigger fish, deer, etc.? Eat the little ones.

The Trout steaks on that fish would have been awesome.
Instead, the dude released the fish to die of old age.

@Oldvet, Sir I think you are confusing the Rainbow with Pacific salmon that hatch in fresh water and spend several years in the pacific Ocean, return to the streams they were hatched in, spawn then die. The rainbow spends it’s life in fresh water and can spawn many times in it’s lifetime.