U.S.A. -(Ammoland.Com) Country music singer, songwriter, fiddler and Outdoor Channel host Nick Hoffman will premiere Season 3 of his award-winning show – Nick’s Wild Ride– on July 6 at 7:30 p.m. on Outdoor Channel. The popular show offers viewers a look at Hoffman’s outdoor lifestyle hunting and fishing pursuits, as well as showcases stories of his world travels while exploring the sights, sounds, food, culture and music of the places he hunts and fishes.

Besides the premiere of Season 3 of his television show, Hoffman, who has performed with some of the biggest names in music (Kenny Chesney, Keith Urban, Brooks & Dunn, Trace Adkins, to name a few) and has recorded two Top 40 country music hits with his band – The Farm, will make a return trip to the Middle East for a July 4 performance for U.S. troops stationed in the region.

“I’m very excited about Season 3 of Nick’s Wild Ride,” Hoffmansaid. “We think viewers will see some great television and, hopefully, learn something along the way…or at least share a few laughs.”

“Outdoor Channel is grateful to have a multitalented performer like Nick in our outdoor television family,” said Outdoor Sportsman Group – Networks Vice President of Programming, Mitch Petrie. “Nick’s enthusiasm, creativity and drive to be the best has propelled his show to become a must watchon Outdoor Channel. We know Season 3 will be as exciting, action-packed and as interesting as previous seasons.” 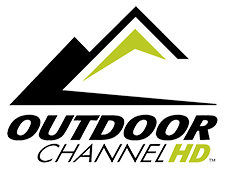 Outdoor Channel has been taking viewers across America and around the world on unparalleled adventures since 1993. Dedicated to the outdoor lifestyle and conservation, the independent cable network is a division of Outdoor Sportsman Group and provides a complete spectrum of riveting hunting, fishing, shooting and adventure entertainment. Outdoor Channel is the largest outdoor TV footprint in the country and is available in more than 50 countries internationally. Outdoor Channel can be viewed in HD and is accessible by broadband and mobile platforms. For program times and other information, visit www.outdoorchannel.com. Follow us on Twitter, Instagram, Facebookand YouTube. #WhatGetsYouOutdoors. #MyOutdoorTV