Truex conquered the 2.5-mile ‘tricky triangle’ to win Sunday’s Pocono 400. The Pocono win is Truex’s 17th of his career in NASCAR’s top division.

“I feel like we’re getting back to what we were doing last year,” said Truex. “It’s always nice to win but especially when you beat the best guys out there.”

Bass Pro Shops, which was founded in 1972 by avid outdoorsman and conservationist Johnny Morris, is a leading retailer of equipment for hunting, fishing, camping, boating and other outdoor pursuits. The outdoor retail leader has 102 stores throughout the United States and Canada, serving more than 120 million sportsmen a year. Bass Pro Shops has a long relationship with NASCAR, dating back to 1998. For more information, visit www.basspro.com. 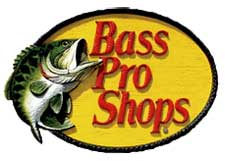