Westport, Conn. (Ammoland.com) – Shell Shock Technologies, LLC., an early stage technology and manufacturing company focused on developing innovative case technologies for the ammunition industry, is pleased to announce its sponsored shooter, John Vlieger, has had several strong finishes in recent matches in the month of August. Vlieger finished Third Overall and third in the Open Division at the 2018 EGW USPSA Area 8 Championship, as well as fourth in Pro Open and third in PCC at the 2018 Pro Am National Championship. Watch compilation videos of Vlieger competing at the Pro Am National Championship and the  Area 8 Championship matches on his Facebook page.

“The Pro Am National Championship and Area 8 Championship were both excellent events that challenged my shooting ability in different ways. Over 1,000 rounds fired in competition in two weekends can take it out of you and your equipment, but my Shell Shock Technologies’ NAS3 cases ran like a scalded dog in my open gun and Pistol Caliber Carbine. When you hit the road and commit to these kinds of events, you need to know your gear can handle it, and my cases are the least of my concern. On to the next one!” commented Vlieger.

Vlieger has fired over 25,000 rounds of ammunition with Shell Shock Technologies’ NAS3 cases since becoming sponsored in 2017 and plans to continue using it. 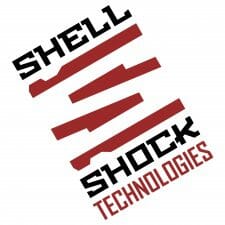 Shell Shock’s NAS3 9mm cases are 50 percent lighter than brass cases, offer greater lubricity and will not abrade, clog, foul, wear-out or damage breach and ejector mechanisms. The cases offer greater corrosion resistance, tensile strength (2x stronger) and elasticity than brass. NAS3 cases will not split, chip, crack or grow (stretch) and are fully reloadable (using S3 Reload dies) and can be reloaded many more times than brass cases. NAS3 cases have been tested successfully by customers to pressures over 70k psi. NAS3 cases can be picked up with a magnet. The head can be colored for branding purposes and easy load identification.

Founded in Westport, Connecticut, in 2015, Shell Shock Technologies, LLC is an early stage technology and manufacturing company focused on developing innovative case technologies for the ammunition industry. Shell Shock is a component manufacturer supplying shell cases to the shooting sports market, as well as to U.S. and foreign ammunition manufacturers, law enforcement, military and other government agencies. Shell Shock does not load ammunition. www.shellshocktech.com

John Vlieger began seriously competing in the action shooting sports in mid-2014 while stationed at Fort Richardson, Alaska. When relocated by the Army to Fort Campbell, Kentucky, Vlieger found easier access to the larger matches across the Eastern United States and competed in over 15 major pistol events in 2015. Initially focused on Limited Division with iron sights, Vlieger found his calling in Open Division. Relocating to Lexington, KY in 2017, his efforts have redoubled to improve his skills. He has since completed over 50 major-level matches with multiple regional and state titles under his belt. Vlieger plans to compete at over 20 competitions in 2018.