USA – -(AmmoLand.com)- We all know that Shopify has decided to target the gun industry, in an attempt to cause harm to the businesses involved in their e-commerce system.

But why did people go to Shopify, to begin with? Are there alternatives to Shopify? Is this adopted policy legal and if it is where does it stop?

I certainly didn’t know the answer to these questions, but as I watched all of these businesses being lined up on the chopping block, especially the ones I have relationships with, I decided to seek out some solutions.

And solutions are out there. I reached to Charles Andersen, CEO of GAT Marketing, to have this discussion on air.

In the interest of full disclosure GAT Marketing is handling advertising sales for Lock N Load, however, the reason I reached out to Andersen is because of his wide-ranging network in both website development and financial services, which are the services being snatched away by Shopify

During the course of the hour, we discuss why going to Shopify had been attractive. Are there alternatives to Shopify and where to go if you are looking to get away from their discriminatory policies.

For further information regarding any of these means to emerge from under Shopify, please contact Charles at the GAT website; www.gatmarketing.com 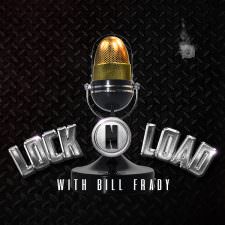 Lock N Load with Bill Frady is presented by Genesis Communications Network. With 126 million gun owners in the US today, Lock N Load has something for everyone. From reports about the politics of gun ownership, and those who would take a right away, to trends within the gun industry, self-defense, gun gear, tactical training and all of the colorful personalities within the gun community.

It’s a Canadian company. What did you expect? Go to bed with leftists, don’t be surprised to wake up missing a ball.