New Jersey – -(AmmoLand.com)- This week on Gun For Hire radio, we are no longer allowed to say “*blankity-blank* aliens” or we’ll face the Facebookean Twitterverse banhammer. First Amendment…here comes the internet to stifle you, who’dve thunk it?! Anthony Colandro is still in the running for an NRA Board Member Seat, NRA lifers, get your petition in, ASAP

This particular Board election actually speaks to the greater involvement of our 2A community. There were more people running than were nominated, and more people nominated than there are seats on the Board. Just because he is running under a petition doesn’t mean that Anthony Colandro is an insurgent or a dissenter of the NRA. Anthony Colandro is the everyman’s voice of the Second Amendment Community in the great State of New Jersey. He has been training citizens-at-large in firearm safety since 1992, he is on three NRA committees and he has won two major awards from the NRA just in 2018. In a state where our governor is more concerned with the preservation of the lives of dangerous wildlife than of his constituents, it’s essential we have an experienced, confident, active and vocal representative on our side, speaking out for our Constitutional Rights. Anthony Colandro exemplifies the image of the NRA Board member we need.

There’s only about two weeks left, but you can access the petition to add Anthony Colandro to the ballot at www.ColandroForNRA.com and you can print the petitions out directly from the website. Just download and complete the petition, then mail it to: Gun For Hire, 1267 McBride Avenue, Woodland Park, NJ 07424 to cast your vote! We need your help to get the best representative for civilian firearms safety in the Nation elected to the NRA Board.

If you haven’t heard, you’re going to want to follow @Gun4Hyr on Twitter and Instagram. Look for Ant’s rants, techniques and equipment videos every day!! Find us on Linked In and Facebook, too or at www.GunForHire.com All this and more on our YouTube channel for your viewing enjoyment!

This weekend ( September 22, 2018 9:00 AM – 5:00 PM ) is NJ SafeCon, and Anthony and Sandy will be broadcasting GFH Radio #382 from the venue!! There are still booths and tickets available for NJ SAFE Conference. Firearms safety and gun rights advocates from all over New Jersey will be there. Anthony was will be speaking at the conference. Jimmy and Patty will be working a booth at the conference, and we hope everyone will come down so we can show our support for 2A and drive home the message: “Stand Strong, Stand Together, Stand A Chance!”

The New Jersey Second Amendment Firearms Education Conference also known as NJ SafeCon is September 22, 2018, at the Cumberland County College in Vineland, NJ and we should all be attending. Go to www.NJSafeCon.net for the link to the Facebook event page, for updates on presenters, attendees and vendors. The event is only $20 but worth so much more!

In other “news” 15 states that supplied N.J. with the most illegal guns this year… wait, what?? Thankfully, Sandy pointed out the article should have read, “…the 15 states where guns were stolen and then brought into New Jersey…”

Now the good news: NRA Shooting Illustrated sent out an email about a survey they did with the NSSF (National Shooting Sports Foundation) and firearms manufacturers.

According to the article, in 2017 Americans spent $16.9 BILLION (that’s billion, with a “b”) on target shooting. That figure accounts for employing 329,000 domestic workers, $2.9 billion in Federal tax revenue and $2.3 billion in State and Local tax revenue. The total economic impact is $46 million, per day. This is a low-ball number of how much the firearms industry benefits American “TFP” and increases the “Total Economic Impact” with their products and services, because they didn’t even include gun ranges. This number also doesn’t include hunters or fishermen…wait, do fisherman shoot fish?

“…More than 50 million people take aim at a target, at least once a year,” Anthony read from the article, “…20 million of those enthusiasts spend an average of 20 days annually at a gun range. More people participate in target shooting than play tennis, soccer or baseball COMBINED. Female participation has increased 81% since 2001.”

“You know while you’re quoting these statistics, it’s not surprising now, why the ‘anti-gun side’ is so rabidly involved in trying to do whatever they can to dissuade people from getting into the shooting sports,” noted Sandy.

The anti-2A fanatics want to chip away at your Constitutional Rights, one by one, until the last vestiges of the principles for which our Country stands are left battered on decrepit pieces of paper that used to signify a living contract between the Founding Fathers of our Nation and the people they sought to protect from the very real threat of hegemonic tyranny. They refuse to revere the tenets set forth to guarantee every American their God-given rights, while they insidiously have begun to micromanage your life cycle, indoctrinate your children into their world view, and oppose every American that isn’t a fat-cat 0.01 percenter. Their goal is to spread lies through the MSM and try to convince the lower-class that they will proverbially starve to death waiting for their fair share and their personal ‘American Dream’ at the foot of Capitol Hill and all this, not because of democratic politics and government waste but somehow because of us; because of the legal and law abiding gun owners and the NRA. Don’t let them destroy the Constitution of the United States of America.

Thank you to Veteran Gene Rossi for his thoughtful and heart-felt email about the GFH Radio #380 episode and his homage to those we lost September 11, 2001.

We also thank Rob Morse for JPFO (Jews for the Preservation of Firearms Ownership) for his comments about resource offices and their effectiveness in our schools. Please go to: www.jpfo.org to follow the articles and editorials that Rob Morse posts online at AmmoLand.com.

[At the time of this broadcast] Hurricane Florence is set to ravage the Southeast Coast of the United States. For many people, the threat of a catastrophic natural disaster or “State of Emergency,” stifles self-preservation. Anthony and Sandy remind us to ready ourselves for the inevitable inclement weather New Jersians face every winter. Get your cars winterized, get your oil changed and fluid filled, and have your battery and brakes checked, before it’s forty below outside…

Support those that support us! Please take a moment to visit: Dr. Henry Madalian at www.madalianchiropractic.com, Gun Sitters and Weapons Guard at www.gunsitters.com/index.html and County Line Firearms at www.countylinefirearmsnj.com

Follow our friends and compatriots John Jillard and Mark P. Cheeseman on their voyage through the murky waters of the New Jersey State judicial system, while seeking restitution of their Second Amendment rights from the appeals tribunal. If you value your rights as an American, you should donate to the cause. “If you are tired of being told you do not have need for a 2C:58-4 Permit, please donate to the Case. Every dollar will go to defeating the Siccardi Rule and NJAC 13:54-2.4d-1.” The Cheeseman-Jillard suit is called “Support the Restore Carry to NJ cause,” and the GoFundMe page is www.gofundme.com/restore-carry-nj

Join ANJRPC to get updates on the magazine ban and the carry law briefs. The US District Court held evidentiary hearings in August of 2018. The Association of New Jersey Rifle and Pistol Clubs (ANJRPC) continues daily to fight the good fight, alongside the Coalition of New Jersey Firearms Owners (CNJFO) and the National Rifle Association (NRA) for the preservation of our Second Amendment Rights. Remember that this December is the deadline for the “mag ban” if we don’t get the injunction.

The hosts of the weekly Gun For Hire Radio broadcast are Sandy Berardi and Master Firearms Trainer, Anthony Colandro and they come to you from deep within the bowels of the Second Amendment waste land, that is New Jersey with THE most listened to Second Amendment broadcast in the Nation!! 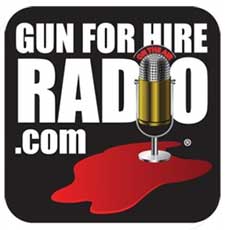