Stafford, TX – -(AmmoLand.com)- Radical Firearms is pleased to share its latest milestone with regard to supporting military charities and first responders – three hundred. 300 is the number of RF 15 rifles and pistols the company has thus far donated to worthy causes.

Radical Firearms has to date given 300 Texas-built weapons directly to agencies, Police Officer Associations, charitable funds for officers in need, first responder benefits, and individual officers who are not issued a rifle. These LEOs and agencies hail from many different states, working a wide variety of assignments – but especially patrol.

Other donatees include such veteran-supporting organizations as Wishes For Warriors and Veterans Helping Veterans, the “Ryan the Warrior” effort to support underfunded fire departments, Bikes and Bugs (benefiting the Epilepsy Foundation of Texas), Texas Adaptive Aquatics, the Texas Frog Fest/Lone Survivor Foundation, and other local charities.

Radical Firearms hopes to increase this number by Spring. We hope all responsible gun owners will join us in lauding all firearm and tactical equipment manufacturers who support local first responders, veterans, and other worthwhile causes. 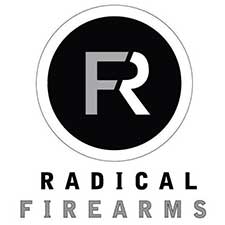 Radical Firearms is a Title II NFA Manufacturer and retailer with a complete lineup of pistols, rifles, suppressors, and machine guns. The company started in 2012 as a small firearms retailer and gunsmithing operation and graduated to full time manufacturing in 2013. Radical Firearms manufactures and sells over 2000 firearms per week.

Can bet the gun grabbers are having a fit!

That’s cool. I love my Radical upper on my build.