WASHINGTON — -(AmmoLand.com)- Hollywood came to the Pentagon today as actor Gerard Butler spoke to Pentagon reporters about his collaboration with the U.S. Navy in making “Hunter-Killer,” a submarine movie due out this week.

The Pentagon press briefing studio was filled to capacity as Butler – who plays the commander of the fictional attack sub USS Arkansas in the movie – answered questions about the experience.

The movie posits an operation aimed at averting war with Russia. Butler said it is a chance to bring the submarine genre into the 21st century. “Hunter-Killer” is a chance to take viewers into submarines and let them see the culture, “and really see how these people think, work, their courage, their intelligence, basically their brilliance,” the actor said.

The plot alternates between the submarine, a special operations team inserted in Russia and the Pentagon.

Navy Vice Adm. Fritz Roegge, now the president of the National Defense University, was the commander of the U.S. Submarine Force in the Pacific. “I was privileged to host Mr. Butler in Pearl Harbor for an orientation to the submarine force,” the admiral said.

The Navy supported the effort even as the service remained “laser-focused” on warfighting in today’s era of great power competition. “But we’re also competing for talent, and in this dynamic economy, it’s more important than ever that we find ways to inspire the next generation of warfighters to consider serving our country in the Navy,” Roegge said.

Only a small fraction of young Americans qualify to serve in the military. An even smaller number are aware of the opportunities the services offer.

“Although the Navy benefits from technology that gives us the world’s most capable platforms and equipment, it is our people who are truly our greatest strength,” Roegge said. “In the words of another great Scotsman – John Paul Jones – ‘Men mean more than guns in the rating of a ship.’ So we will only remain the world’s greatest Navy by attracting the best talent from across our nation.”

Movies are a good way to reach young Americans and they are also a good vehicle to expose all Americans to their Navy, Roegge said. All Americans need to understand “they know their Navy: who we are, what we do, and why it matters.”

Butler was immersed in the submarine culture sailing aboard the USS Houston from Pearl Harbor, Hawaii.

Being aboard the submarine was like being in another world, he said. “I felt like I could spend a year just in sonar. But I was shipped from sonar to the bridge, to navigation to the engine room to the torpedo room because I had a very quick-minded sub commander who wanted to show me every working living part of the submarine – even how to compress trash.”

Butler added, “What I really took out of it was the brilliance and the humility of the sailors I worked with. Not that I didn’t have that appreciation before – I certainly did – but having spent time with them to realize how their minds work and how agile and how creative they have to be. And they are constantly being tested to prove themselves to think logically, to think intuitively, and in all different matters.” 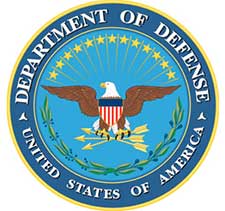 And it was real for Butler. “You can do it in a movie, but when you are actually on a sub, you realize the dangers that are there,” he said. “You are a thousand feet underwater and you go, ‘Okay. What are the different ways things can go wrong?’ You have a greater appreciation of what these people do every day unsung and unseen and their courage and valor.”

DOD officials approved the request in December 2014, and the Navy provided access and technical support to the filmmakers.

Officials stressed that support to “Hunter-Killer” or any other movie is done at zero cost to the American taxpayer.

My dad retired from The Silent Service just as the Nucs appeared some time around 1959 I think. We were in Norfolk at that time and it feels right for my age I guesstimate. He was the COB, mustered out as a CWO4 from having been a TMC/CPO. My mom often said that he Navy mis-named him as the COB, instead he should be the SOB. We often went to the movies after my mom and my first wife died, and about the only submarine movie he enjoyed was Search For Red October – but he said a lot of… Read more »

Served on a fast attack during Vietnam. Even got to the North Pole on one. I will judge this movie AFTER I see it . I realize that a certain amount of sensationalism is necessary to keep it interesting too. If it portrays the type of men that I knew in the Silent Service correctly, then I am all in favor of it.

Movies are made for one purpose…to make $$$. Movies, under the for “entertainment” purpose, rarely depict true nor accurate portrayal of military events or operations. Sure, some flicks have come close, and many people like to believe what they see on the screen because the depiction of the events strikes a nerve and piques interest. A movie is a very small vignette of the actual event from the directors/producers desire to depict his investors point of view for financial gain. Take it for entertainment only, do your own research of the subject, don’t be swayed by what you see in… Read more »

What are you, the official disclaimer that’s required at the end? Ya know, the one that nobody pays attention to because they know it already and don’t care?

Don’t let that distract you from the fact that In 1972, a crack commando unit was sent to prison by a military court for a crime they didn’t commit. These men promptly escaped from a maximum security stockade to the Los Angeles underground. Today, still wanted by the government they survive as soldiers of fortune. If you have a problem, if no one else can help, and if you can find them … maybe you can hire……..The A-Team.

Ahhh..too much negativity here. I was in the Army in the late 60’s so I don’t know anything about subs.
But this seems to put a much more positive light on the military in general. Perhaps those traitor football kneelers
and the rest of those pinko Dem’s etc. should see the movie. Probably wouldn’t do any good though.
DAS BOOT was great!

Make a movie on a USA submarine “OK”. Take a few pictures for yourself go to prison.

Was in submarines for 11 years. Hollywood has always “Hollywoodized” any modern submarine movie. Will not be seeing this movie most definitely. If people think this movie will depict any resemblance of actual life aboard a submarine they are truly naive.

Quite awhile ago, I read that only about 1% of today’s youth are actually qualified for any kind of military service. The general public is not aware that today’s military services do a deep background check on applicants before they even start the recruitment process. Three issues that always popped up for disqualification was the criminal background check, the academic qualifications, and the physical readiness ability qualification. Depending on your rate, and required levels of security clearances, qualifying for submarine service schools can twist you inside out. Even being selected to receive training is something to be recognized for, that… Read more »

Thought the USS Houston, SSN-713 was deactivated years ago.