Idaho – -(AmmoLand.com)- On November 6th, Director of the Idaho Department of Fish and Game (IDFG) Virgil Moore, announced that he will be retiring from the position in January of 2019. Moore will be staying on in his role as Director until the Idaho Fish and Game Commission announces his replacement.

Moore has served as the IDFG Director since 2011.

He has also worked as IDFG’s Deputy Director and Fisheries Bureau Chief and the Director of the Oregon Department of Fish and Wildlife. As IDFG Director, Moore has consistently recognized the value of Idaho’s hunters and anglers.

As noted in Moore’s 2015 director’s letter, “Our top priority at Fish and Game is managing fish and wildlife so the people of our state can enjoy excellent hunting, fishing and trapping opportunities.”

Among the accomplishments during Moore’s time as Director were the transition of wolves to state management (including the implementation of wolf hunting seasons) and the recent access agreement signed by IDFG and the Idaho State Land Board to safeguard sportsmen’s access to state trust lands. 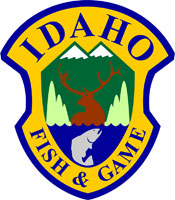 Idaho Department of Fish and Game

Major duties and responsibilities of the Idaho Department of Fish and Game are to establish regulations and other needed controls on fishing, hunting, trapping and management of wildlife in teh state of Idaho.