Washinton, DC –  -(AmmoLand.com)- The National Bobwhite Conservation Initiative (NBCI) achieved its two top priorities in the 2018 Farm Bill—the inclusion of language encouraging USDA programs to use native vegetation (as opposed to exotic species) in its conservation programs, and an increase in the funding for Conservation Reserve Program (CRP) tree thinning and prescribed burning from $10 million in the 2014 bill to $12 million in the new bill.

“We have contended for years that adoption of a native vegetation standard by USDA could be the single most important development in restoring bobwhites, other grassland birds and pollinators across their ranges,” said NBCI Director Don McKenzie. “Such an improved standard for public conservation money spent by USDA would be the game changer that finally tilts the playing field in favor of many declining species on private lands. On top of that achievement, we also succeeded in expanding the sorely needed CRP tree thinning and prescribed fire effort.”

NBCI created the Natives First Coalition to rally support for the use of native vegetation in the Conservation Title programs of the Farm Bill, organized field tours and briefings for key Congressional staff and conducted letter-writing campaigns with coalition members.

“There are many organizations and individuals that played a key role in helping make this happen,” McKenzie said.

“Key among those were the House Committee on Agriculture, Nutrition, & Forestry Chair Rep. Mike Conaway of Texas; Ranking Member Rep. Collin Peterson of Minnesota; Senate Committee on Agriculture, Nutrition, & Forestry Chair Sen. Pat Roberts of Kansas; and Ranking Member Sen. Debbie Stabenow of Michigan; and their staffs, and more than 40 wildlife and plant conservation organizations, including Park Cities Quail in Dallas, TX, which also funds NBCI’s advocacy efforts in Washington. We thank them all.” 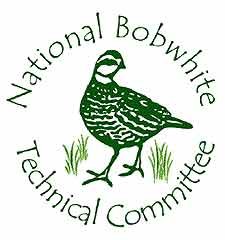 Headquartered at the University of Tennessee Institute of Agriculture’s Department of Forestry, Wildlife and Fisheries, NBCI is an initiative of the National Bobwhite Technical Committee (NBTC) to elevate bobwhite quail recovery from an individual state-by-state proposition to a coordinated, range-wide leadership endeavor. The committee is comprised of representatives of 25 state wildlife agencies, various academic research institutions and private conservation organizations. Support for NBCI is provided by the Federal Aid in Wildlife Restoration Program, state wildlife agencies, the Joe Crafton Family Endowment for Quail Initiatives, the University of Tennessee, Quail and Upland Game Alliance, Park Cities Quail, and Roundstone Seed.

This is great news!!!