COLUMBUS, OH -(Ammoland.com)- The 2019-2020 small game and migratory bird hunting seasons and trapping seasons were proposed to the Ohio Wildlife Council on Wednesday, Jan. 9, according to the Ohio Department of Natural Resources (ODNR).

Notable changes among the proposals include providing an opportunity to increase the daily bag limit of walleye, sauger or saugeye, in Lake Erie when Ohio’s total allowable catch exceeds 3 million fish. Each year, a total allowable catch is determined for walleye by the Lake Erie Committee of the Great Lakes Fishery Commission. The proposed bag limit increase would be from four fish to six fish daily from March 1 to April 30 in Lake Erie, excluding the Sandusky River. (The four fish daily bag limit would remain in place in this river.) This proposed change would become effective in 2020.

Other notable proposals included modifying waterfowl bag limits by decreasing the brant and pintail daily bag limit from three to one and two to one, respectively; modifying annual shooting range permit fees to provide a savings to shooters when purchased at the same time as annual resident hunting licenses; and modifying the age requirements for youth hunting seasons so they are open to hunters age 17 or younger. This will provide for more uniform and consistent regulations for all youth hunting seasons.

Additional proposed rule changes included exempting nonresident anglers under the age of 16 from being required to obtain a nonresident Lake Erie fishing permit; allowing hunters to carry a printed or electronic version of their spring turkey, fall turkey, or deer permit(s); and removing Mosquito Reservoir from the list of ODNR Division of Wildlife properties where permits are issued for the construction of waterfowl hunting blinds, providing more access to hunters. For a complete list of all proposed changes, please visit the Winter 2019 Proposed Rule Summary at wildohio.gov.

Council meetings are open to the public. Individuals who want to provide comments on a topic that is currently being considered by council are asked to register at least two days before the meeting by calling 614-265-6304. All comments are required to be three minutes or less.

Open houses to receive public comments about hunting, trapping and fishing regulations and other wildlife issues will be held on Saturday, March 2. Open houses will be held at the ODNR Division of Wildlife District One, District Two, District Three and District Four offices, as well as the Greene County Fish and Game Association clubhouse in Xenia. 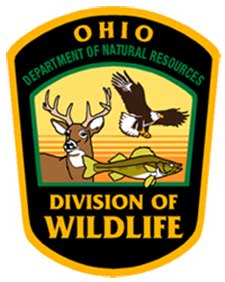 Open houses give the public an opportunity to view and discuss proposed fishing, hunting and trapping regulations with ODNR Division of Wildlife officials. For Ohioans who are unable to attend an open house, comments will be accepted online at wildohio.gov beginning on Thursday, Feb. 14. Directions to the open houses can be found at wildohio.gov or by calling 800-WILDLIFE (945-3543).

A statewide hearing on all of the proposed rules will be held at the ODNR Division of Wildlife’s District One office on Thursday, March 21, at 9 a.m. The office is located at 1500 Dublin Road, Columbus 43215.

ODNR ensures a balance between wise use and protection of our natural resources for the benefit of all. Visit the ODNR website at ohiodnr.gov.