INMAN, S.C. –-(Ammoland.com)- TrueTimber has partnered with Savage Arms to introduce the new 110 High Country rifle in the coveted Strata camouflage pattern. Debuted at Industry Day at the Range and SHOT Show in Las Vegas this year, the new bolt-action rifle features the Savage AccuFit™ system that allows hunters to customize length-of-pull and comb height of the TrueTimber Strata synthetic stock.

“Strata is one of TrueTimber’s most popular patterns to date, and we’re honored to see it on the new 110 High Country rifle,” said TrueTimber CEO Rusty Sellars. “With the expansion of Savage’s line of AccuFit bolt-action firearms, western hunters will have the versatility of Strata paired with premium features and well-thought-out design for the back country or back woods—all at an affordable price.”

TrueTimber Strata incorporates both macro and micro camo schematics—the macro design breaks up the human outline at all distances while the micro elements melt into any terrain at close range. From the open country of the west to the mixed forests of the south and to the leaf-barren late season hardwoods of the east, customers simply won’t find a more effective all-purpose pattern.

The Savage 110 High Country rifle is built to maximize accuracy with a spiral-fluted barrel and bolt, as well as the Model 110 action secured three-dimensionally along its entire length within the AccuStock™ internal chassis. The user-adjustable AccuTrigger™ offers a crisp, clean pull critical for making precise shots at extreme distances. The low-friction, coyote brown PVD coating on the barrel, receiver and other critical parts is harder than competing finishes and protects against corrosion and heat. At just 2-4 microns thick, the coating does not interfere with the rifle’s tight tolerances.

More information about ultra-realistic TrueTimber patterns can be found at TrueTimber.com. 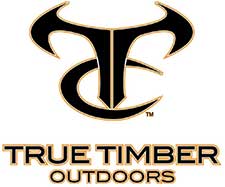 Founded in 2005, TrueTimber is based in Inman, South Carolina and is the most realistic, performance-driven camouflage brand in the industry. TrueTimber offers a wide variety of clothing items and accessories, featuring 27 distinct camo patterns that perfectly blend with their surroundings. The company spends countless hours researching, testing and seeking new technology to produce the most effective and lifelike camouflage patterns possible. TrueTimber products can be found in retailers across the United States and Canada, and it continues to be one of the fastest growing camouflage companies in the world. For more information about TrueTimber, visit TrueTimber.com.

Is this rifle being produced in 6.5PRC ?