Broken Arrow, Oklahoma –-(Ammoland.com)- RISE Armament, a premier manufacturer and supplier of AR components and firearms, was recently the rifle manufacturer of choice for Kiefer Police Department in northeastern Oklahoma.

Kiefer Police Department placed an order for the Watchman in its short-barrel rifle (SBR) configuration. The Kiefer department contacted RISE Armament after hearing positive feedback from local gun dealers who had used RISE equipment. After learning more about the Watchman, the department determined the RISE Watchman would suit its needs better, and more affordably, than others.

The RISE Armament Watchman SBR has an 11.5-inch match-grade 416R stainless steel barrel with a carbine-length gas system. The barrel is chambered in .223 Wylde for incredible accuracy with .223 and 5.56 ammo. It features proprietary fluting for weight reduction and is sub-MOA accurate with duty ammo. The rifles also have a 10-inch RISE aluminum handguard that is M-LOK compatible with a 12 o’clock Picatinny upper rail system and six QD points.

The Watchman’s other features include RISE’s Veil flash hider—which minimizes flash without the tuning-fork effect of other prong-style flash hiders—forged aluminum upper and lower receivers, an ambidextrous safety, and a premium black nitride-finished bolt carrier group. The Watchman also boasts RISE Armament’s LE145 Tactical Trigger, which has a crisp, balanced break and 4.5-pound pull. The rifle has a Magpul pistol grip and stock, and it and includes one magazine. 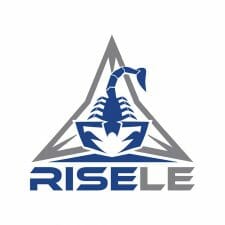 Look for another mass shooting here in the US so the democrats will have a reason to outlaw AR15’s. Next will be any semi-auto gun and on down the line. they need the mass shooting to get enough steam to come after the country’s most popular gun.

looks like the gun industry will survive as we are being disarmed state by state. hope we can keep are muskets. I wonder if the big gun manufacturers will ever speak up to stop the anti gun movement. Weatherby, Inc. spoke volumes by moving to Wyoming.

School teachers should be trained on the SBR and mount an EOTech sight. Easier to learn and be accurate than a handgun. Fit into a teacher’s desk.
More training and arm the teachers with a handgun in 327 Federal and use a modern KTW bullet in case the school killer has a vest.