Under current law, Federal Firearm Licensees (FFLs) can only operate in the state in which their business premises is located and can only sell or transfer handguns to persons who live in that state. An FFL can sell a long gun to a person who lives out of state, provided the sale occurs in a face-to-face transaction and complies with the laws of the state of sale and the state of residence of the purchaser. It used to be these non-resident long gun sales could only occur to residents of contiguous states, but that limitation was removed in 1986 by the Firearm Owners Protection Act. 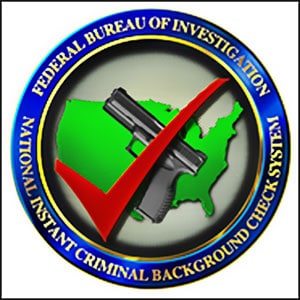 Nevertheless, handgun sales continue to be subject to strict in-state only rules. This reflects now obsolete provisions of the so-called “Brady Bill” that required FFLs to transmit information about prospective buyers or transferees to the “chief law enforcement officer [CLEO] of the place of residence of the transferee.” The CLEO was then supposed to run a background check on the prospective transferee. The transfer could only occur once the CLEO notified the FFL there was no information that receipt of the handgun by the transferee would violate federal, state, or local law or until at least five business days had elapsed without notice from the CLEO that the transfer would violate the law.

This scheme, in turn, reflected the mainly localized nature of criminal justice recordkeeping that pre-dated the digital revolution. Now, of course, criminal records are centralized in digital state and federal databases and are available almost instantaneously anywhere in the nation. This advance of technology led to the National Instant Criminal Background System (NICS) which replaced the five-day provisions of the Brady Act in 1998.  NICS allows for virtually immediate point-of-sale determinations about a transferee’s eligibility to receive a firearm, drawing on records from across the United States.

Since 1998, moreover, NICS has only grown more comprehensive as states have routinized their automated forwarding of records to the system and computer technology has proliferated and improved.

These same advances make it much easier, moreover, for FFLs to be able to stay abreast of the laws of other states. Numerous online databases include detailed information about state firearm laws, including those relating to the purchase of handguns.

All these developments make it unnecessary for FFLs to limit handgun sales only to residents of the state in which the FFL is licensed. Today, NICS contains records from every state in the nation, and if there’s any question about the rules and procedures of handgun sales in a given state, FFLs can quickly find accurate information from trustworthy online sources.

The relatively uncontroversial nature of interstate long gun sales also underscores that it is long past time to remove the arbitrary barriers that persist with handgun sales.

FICRA would update the law so FFLs could sell long guns or handgun to customers from out of state. It would also permit FFLs to sell firearms at gun shows outside the state where their licensed premises are located. In either case, the sale would have to occur in a face-to-face transaction and comply with the laws both of the buyer’s state of residence and the state where the sale occurred. The FFL would also have to comply with all the recordkeeping, identification, and background check requirements that apply to any other retail sale.

The bill would additionally address the unique situations of active duty military members and members of the civilian foreign service to ensure that postings away from their usual U.S. states of legal residence does not cost them their ability to lawfully exercise their Second Amendment right to acquire a firearm.

The upshot of all these changes is that federal and state laws would continue to be enforced, while gun sellers and consumers would have more freedom and flexibility to conduct their lawful activities. In a sane world, it would be considered an uncontroversial update to laws that had not kept pace with technology and modern law enforcement and a way to protect the rights of those who in service to their country sacrifice the relatively stable and predictable residence situations most others enjoy.

Unfortunately, the U.S. House of Representatives has not lately been a model of rational or practical thinking. But should Congress decide a return to sanity is in order, FICRA would be an excellent place to start.

The NRA thanks Whip Scalise and the cosponsors of FICRA for their leadership in this important effort and commends the bill for swift action by Congress. Please contact your United States Representative and ask them to support and cosponsor FICRA. Additionally, you may call your U.S. Representative using the Capitol switchboard at 202-224-3121.

About:
Established in 1975, the Institute for Legislative Action (ILA) is the “lobbying” arm of the National Rifle Association of America. ILA is responsible for preserving the right of all law-abiding individuals in the legislative, political, and legal arenas, to purchase, possess and use firearms for legitimate purposes as guaranteed by the Second Amendment to the U.S. Constitution. Visit: www.nra.org

Too little, too late. It’s lip service at best to 2nd Amendment voters and DOA.

A progun deal in the current house. It is DOA before it gets out of committee. A democrat controlled house would never pass anything other than gun snatching bills like they are doing and calling them responsible bills. I’m sure it is for the children.

It’s a pretty minor set of changes, but overdue. I bet the FFLs oppose this. The big ones that specialize in shipping, like Bud’s, Impact, Palmettos State Armory and a few others will, be in favor. It will probably get Bass Pro behind it (I think I read they’re the biggest FFL in America). All the local gun stores will oppose it because they get an easy 25 or $30 for filling out the transfer for an out of state sale. You know the anti-gun states will oppose it. When we get an “Amazon of guns”, and can buy anything… Read more »

What do we expect from actors. Their close affiliation to Hollywood certainly is no coincidence folks. We will never receive a thing that we don’t take on our own. Hell they stole the country over a hundred years ago replacing it with the US Corporation writing it into the federal register that “UNITED STATES CORPORATION” is a “corporation” by legal definition not a government. This is why they say no rights exist that are not granted by them for a fee as privileges. It’s why the courts are operating under Maritime law in disguise of Constitutional law. Until Americans quit… Read more »

“A Hollywood actor is an entertainer; so is an organ grinder’s monkey. Do you really believe I care about what an organ grinder’s monkey, OR a Hollywood actor, ‘thinks’ about politics?” –Tim Burns “I wonder if all these Hollywood celebrities are more upset about Trump winning the election, or finding out that people don’t actually give a shit about their opinions.” –Mike Rowe, Distinguished Eagle Scout Awardee and star of Discovery Channel’s ‘Dirty Jobs’ and ‘Deadliest Catch’, host/narrator of National Geographic’s ‘How the Universe Works’ and spokesman for Ford Motor Company “One of the (many) odd conceits of celebrityhood is… Read more »

Gosh…2 years late on this one. Just like interstate reciprocity and hearing protection.
Thanks for NOTHING!

You got that one right, Bill W.

Was not election time 2 years ago.
Crumbs for the slaves.

Exactly. Control of Congress for 8 years and nothing. Most people are on to their little game.