Shooters experienced favorable weather conditions for the first of five shoots. Target presentations were found to be unique and yardages kept shooters guessing. Prizes from Sitka, Whistlepig, Rinehart, Griffin & Howe, and Havalon were awarded to those in attendance. We are looking forward to the next shoot on the 8th. Hope to see you there!

“Had a blast at the new 3D Archery Range at Hudson Farm! Cannot wait to see the new changes and targets next time!”

Join us for the 30 Arrow Monday Evening Archery League on the new 15 station course at Griffin & Howe. Two arrows per target on 15 different stations. Points league with prizes at each shoot, as well as grand prizes for top shooters overall. Shooters must attend at least 3 shoots to be eligible for grand prizes on the final shoot day. Teams of 3 shooters. If you do not have three shooters a team will be assigned to you. 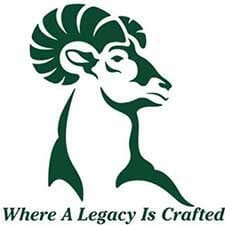 Griffin & Howe is synonymous with fine firearms and fine gunsmithing, but there is a whole lot more to us in the 21st century. Join the ‘Griffin & Howe Sporting Lifestyle’ and see what over nine decades of offering the largest depth and breadth of products and services of any company in the shooting sports industry might be able to do for you, after all we are, ‘more than you might have thought we were’.