The BFSIII triggers have three positions, including safe, standard semi-automatic, and binary – which allows a round to be fired when the trigger is pulled, and then released.

“We’ve added Franklin Armory’s line of BFSIII triggers by strong request from our customer base,” said Bryan Stuntebeck, Crow Shooting Supply Vice President for Business Development. “Triggers have been one of our fastest growing categories at Crow and this selection fills the gap we’ve otherwise had in the Binary Trigger market.“

Franklin Armory® is a Nevada corporation that specializes in manufacturing quality firearms for sporting, military, and law enforcement applications. We are well known for our creative products such as the Binary Firing System™, Reformation™, Providence™, the F17™ series of rimfire rifles in 17 WSM, and our finely machined ARs. We are very adept at creating products for restrictive jurisdictions such as our home state of California, and every firearm we make uses 100% American made parts and materials. 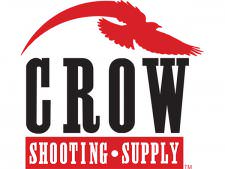