Cambridge, MD –-(Ammoland.com)- LWRC International, the leader in piston-driven carbines and rifles, is honored to have been chosen, and fielded as the duty carbine for the Dallas, Texas SWAT Team.

In an official statement released today- ” The Dallas Texas Police Department SWAT team has selected and fielded the LWRCI IC-A5 carbine. The entire carbine setup was the first time in the departments history to obtain factory new weapon and components, identified, tested and selected by its team members, and delivered as a complete kit.”

Dallas SWAT Team members conducted long and rigorous testing on each component from several companies over a nearly 2 year review process. At the end of that process they chose the LWRCI IC-A5 Individual Carbine in a 10.5″ barrel configuration as its issued carbine for their elite tactical unit.

The IC-A5 is built on the patented LWRCI short-stroke gas piston system that offers unparalleled reliability and easy maintenance. Dual Control fully ambidextrous lower receiver includes bolt catch and release, magazine release and fire control access from both sides of the IC-A5 make it a versatile option for any operator. A low profile 2 position adjustable gas block allows the operator to compensate for running a suppressor.

The team members who tested and chose the system issued this statement to those who made this possible. “Thank you to the citizens of Dallas who donated the funds to the Team foundation that ultimately paid for the purchase. This outstanding rifle package was entirely privately-funded and donated to our Dallas SWAT officers. We cannot thank those outstanding civic leaders and their associations enough for their enthusiasm to support us and make this rifle a possibility.”

“At this time, we are going leave these special donors remain anonymous, but you know who you are.” They also wished to express their gratitude to the Fort Worth SWAT team who had suggested the LWRCI rifle and components that they had tested and selected two years prior. Thanks as well to DSG Arms, an Authorized LWRCI Law Enforcement Distributor who won the procurement contract and managed the logistics to assemble the kit as delivered.”

Upon receipt of the carbines, Dallas SWAT went through several weeks of new equipment familiarization and training, contracted and provided by Victory First and the manufacturers to increase proficiency with the new technology and benefits of the components. After several long training cycles and qualifications, Dallas SWAT began their operational deployments with new equipment.

For more information on the rifle and components chosen by Dallas, Texas SWAT click the links below: 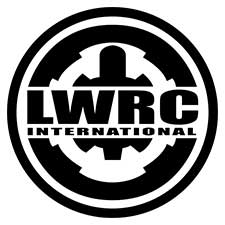 Based in Cambridge, Maryland, LWRC International designs and builds high performance firearms. Its mission is to deliver absolute reliability, consistent accuracy and extreme durability in its products. Through innovative design, engineering excellence, and cutting edge manufacturing processes and materials technologies, LWRCI products are built to perform and to exceed end user expectations. Visit www.lwrci.com or call 410-901-1348 for more information on LWRCI products.

All LE Dept’s have problem officers.
Just like every company has bad employees.But they do have a record of not being cordial a lot of time,and in Texas open carry is legal(just don’t DO it, you will be swarmed like blow flies to a piece of road kill),and may be treated like a criminal.
Do not talk back or claim legal rights, you will only exacerbate the issue.

About those “good officers”… The whole good cop/bad cop question can be disposed of much more decisively. We need not enumerate what proportion of cops appears to be good or listen to someone’s anecdote about his Uncle Charlie, an allegedly good cop. We need only consider the following: (1) a cop’s job is to enforce the laws, all of them; (2) many of the laws are manifestly unjust, and some are even cruel and wicked; (3) therefore every cop has agreed to act as an enforcer for laws that are manifestly unjust or even cruel and wicked. Therefore there are… Read more »

Pistons add weight, maintenance, more moving parts to wear or break. Pistons are typically adjustable and less picky about ammo pressures, and they shoot less gas into the receiver. It’s a trade off, but I prefer the Direct Impingement system.

Me also, piston guns are typically less accurate and the carbon up and get hotter n’ Hades also.Personally I wouldn’t have one as a civvie with a barrel less than 16″.

People overblow the accuracy of a piston AR the differences in accuracy between a Piston AR and a DI AR are negligible.

So why the over priced rifle for their department? Ruger, S&W or Springfield Armory aren’t good enough? OH WAIT, I know why…The Dallas Police department is FUNDED by the RENT people pay on their homes (they call it rent in Russia and the 1st plank of the Communist manifesto we call it property taxes) taken by FORCE under the threat of VIOLENCE to pay for these over priced AR 15’s or maybe M16’s since their special and can have weapons we can’t. Too bad I can’t post a puke emoji here. OH and as for being piston driven vs direct… Read more »

I would like to know what their Sniper Teams use……….these are NO KNOCKS and no good for anything much past 300yds, if you’re an excellent shot with the skill set and Match ammo.
So, Red Flag states, look forward to your Dept’s getting new weapons.