The Kopfjäger Ambush Support Assembly (KJ85005) is a patent-pending stabilizing arm designed to mount effortlessly to the interior wall of your box blind. Used in conjunction with Kopfjäger’s Reaper Grip and a bipod (sold separately), the Ambush’s innovative design frees up valuable space in your deer blind, eliminating the need for a tripod or shooting stick. The Ambush combined with a Reaper Grip gives shooters of all ages and capabilities the confidence they need to make a precise shot. Though the Ambush is a useful tool for all hunters, it is especially practical for young, elderly and disabled hunters, due to its load-bearing qualities and ease-of-use.

The Ambush Shooting Rest Kit (KJ85005K) comes complete with a bipod and Reaper Grip Rest. The Reaper’s curved grip anchors your rifle to the rest and is angled to secure both tapered and straight stocks. The Reaper Grip’s patent-pending hinge block boasts pan rotation and tilt range of a combined 109 degrees (21 degrees up and 87 degrees down). 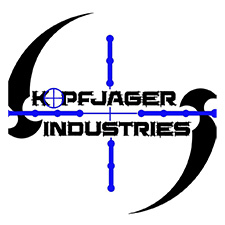 Founded in 2012, Kopfjäger Industries’ focus began with a “deer blind rifle rest.” Scores of drawings, prototypes and patents ultimately led the company into the uncharted territory of tripod mounted gun rests, beginning with the Reaper Rest in 2014. Soon after, in 2015, Kopfjäger unveiled the Reaper Grip. Beginning in 2016, the Reaper Grip paved Kopjäger’s way to the top of multipurpose gun rest innovation. Since then, Kopjäger’s growth has positioned the company as the clear industry leader in mission-oriented gun rests for elite military units, competitive shooters and hunting enthusiasts.

At 500 bucks I think I’ll stick to a bipod and sandbags!

This might be the stabilizer that will fit to my uncle’s need. We’re about to finish installing the rack and tonneau(https://4wheelonline.com/Tonneau-Covers.222468 ) on his truck when he mentioned about a few gun stabilizer he found on the net. Some got bad reviews so I will let him check this out.

-1
Recent Comments
Editor’s Pick
AmmolandTV
View All
wpDiscuz
We use cookies on our website to give you the most relevant experience by remembering your preferences and repeat visits. By clicking “Accept All”, you consent to the use of ALL the cookies. However, you may visit "Cookie Settings" to provide a controlled consent.
Cookie SettingsAccept All
Read More
Manage consent