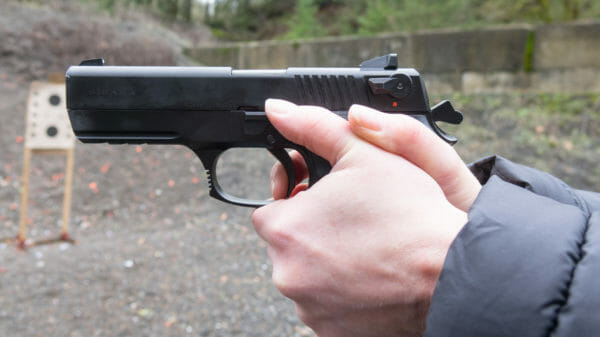 The choice was made for the Zigana F model because longer-barreled pistols are just more fun to shoot. The Zigana F’s 4.6″ barrel creates plenty of velocity and a nice long sight radius. The aluminum frame also soaks up recoil with its weight without being so heavy that the pistol would be uncomfortable for duty use. Another point of interest is that the Zigana F appears to be mostly organic design by Tisas and not another clone like most guns from the region. Take a look at the tabletop video below to see what I mean:

Specifications of the Tisas Zigana F Pistol below come directly from the product page on SDS Import’s website:

As you can see the proportions of the Zigana F make it somewhat of an over-stuff couch for the hand. Broad and generous. In my larger hands, the pistol feels great, but I was curious how it would fare in smaller, more feminine hands and so was our co-host Teya. I had also experienced some ammunition sensitivity in the older imports that suggested the guns were calibrated to be run with 124gr NATO loads. They would often choke on softer loads for all but the stiffest wrists while shooting. To test both of these concerns we took the Zigana F to the range along with our standard, “What’s For Dinner?” test of ten different loads. Loads ranged widely in projectile weight, case material, and projectile shape. You can see the results in the Shooting Impressions video below:

As you can see the Zigana F had no trouble eating most rounds and proved to have plenty of accuracy for the two of us. Although some control were slightly out of reach for Teya’s smaller hands, she still enjoyed the pistol. The Zigana F would make for a great learning pistol or range gun. With an appropriate holster, the shooting comfort and easy operation would also make the Zigana F a good fit for a course or any other extended range sessions. The confidence that comes with a gun of this size combined with a rail for mounting a light or laser means the Zigana F would also be an excellent choice for a home defense pistols.

The Zigana F is not the first high-value firearm we’ve experienced from SDS Imports. To read about some of their other offerings click this link. 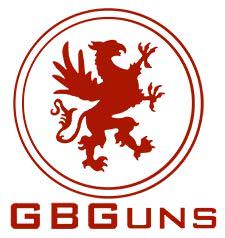 “Graham Baates” is a pen name used by a 15-year active Army veteran who spent most of his time in the tactical side of the Intelligence community including tours in Afghanistan and Iraq. Post-Army Graham spent some time in the local 3-Gun circuit before becoming a full-time NRA Certified defensive handgun instructor and now works as an industry writer while curating a YouTube channel on the side. Visit Graham on Youtube .

Interesting. I generally prefer steel frames over aluminum, but if these were built to run on NATO spec 124 grain loads;I am guessing that durability is not a concern.
I will have to try one .

These are Turkish built handguns, and for anyone who has a concern about Turkish built guns I can tell you that my wife and I own several and they run like clocks. Reliable and accurate, with the ability to shoot a wide range of ammo, Turkish built guns are an excellent value for the price.

It’s imported. Where from?