U.S.A. –-(Ammoland.com)- RCBS and Hoppe’s, along with Champion Traps & Targets, is pleased to announce their continued sponsorship of the Precision Rifle Series (PRS) for 2020.

For the current season, RCBS has pledged its support to the PRS by serving as a 2020 Affiliate Sponsor and as the Official Reloading Equipment sponsor for a second year in the row. In a similar capacity, Hoppe’s will serve as the Official Gun Care Product while Champion acts as the Official Target of PRS. All three brands have pledged their support of the PRS and are committed to helping the organization to grow the sport of precision rifle shooting across the country.

“It is with an extreme amount of gratitude that we welcome the brands of RCBS, Hoppe’s and Champion into the Precision Rifle Series,” said PRS Owner Shannon Kay. “We are so grateful for the support that each of these brands provides to the series, as their products and people align with the values of PRS competitors nationwide. Without their support the growth of precision rifle shooting would not be possible.”

For the current season, RCBS, Hoppe’s and Champion will support both the Regional Series one day matches as well as the most sought-after national level matches. RCBS has bolstered its support of the series by supporting the Bushnell Tactical Vapor Trail Siege and the Bushnell Tactical GAP Grind Pro/Am along with several other matches on the schedule. The brand will also serve as one of the primary sponsors of the most elite series on the PRS circuit, the PRS AG Cup.

“The PRS community represents a collective group of shooters who align with the principals and values that we hold close at RCBS, Hoppe’s and Champion,” said Jason Slinkard, Director of Shooting Accessories for Vista Outdoor. “We know that these competitors expect the highest level of performance from the products they use and we have made it a priority to incorporate their feedback into the very identity of our brands. We are proud to support the PRS and look forward to helping the organization continue its success.”

RCBS has dedicated itself to the craft of reloading ammunition since it was founded in 1943. RCBS started with one simple bullet die and has grown into the leading manufacturer of reloading equipment for rifles and pistols. Reloading is an exact process with tight tolerances. It requires precision and skill to be done correctly. That’s why RCBS makes state-of-the-art products – everything from presses, dies, shell holders, powder measurers and priming products. All are backed by RCBS’s industry-leading reputation to give you a premium reloading experience. RCBS: Precisioneered Reloading. For more information, visit www.rcbs.com., connect on Instagram at www.instagram.com/rcbsreloading/ or on Facebook at www.facebook.com/RCBSReloading/. 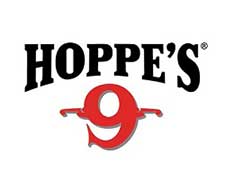 In 1903, Frank August Hoppe mixed nine chemicals and created the world’s most effective gun cleaner. As a well-trained young soldier, Frank knew that gun care went far beyond just a clean rifle, but actually helped to ensure his safety while on the front lines of battle. Since that time, Hoppe’s has emerged as the leading gun care company, having grown along-side hunters, shooters, and soldiers who depend on their firearms every day. It has remained the most trusted name in gun care by advancing and evolving technologies to meet those needs. From the ever-popular and versatile No. 9 and the quick and easy BoreSnake, to the marvel of efficiency we call Gun Medic, Hoppe’s is the only name you need to know for firearm cleaning and protection. For more information, visit www.hoppes.com., connect on Instagram at www.instagram.com/hoppesguncare/ or on Facebook at www.facebook.com/hoppesguncare.

Champion is a leading provider of quality trap throwers, paper targets, metal targets, clay targets, hearing and eye protection and shooting systems. Shooting is a fun pastime, and Champion produces a wide variety of products to enhance the experience for shooters of all levels. Own the Range. For more information, visit www.championtarget.com, connect on Instagram at www.instagram.com/championtargets/ or on Facebook at www.facebook.com/ChampionTargets/.