U.S.A. -(AmmoLand.com)- Florida’s Agricultural Commissioner Nikkie Fried put out a recent email blast after coming under fire for her anti-gun, unlawful restrictions on concealed carry licenses in Florida. The NRA has the full scoop below.

DICTIONARY.COM  says “whiner” is a noun and lists some words related to “whiner” as wimp, complainer, sorehead, crybaby, and sniveler.

Further, it defines “whine” as: to snivel or complain in a peevish, self-pitying way.

PLEASE remember those terms and definitions as you read the email below that was blasted out around Florida yesterday. 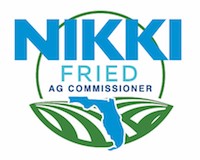 A gun-rights group is threatening to sue me, the NRA is attacking me AGAIN, and so is Florida’s Attorney General.

In a blatant political move, Attorney General Moody implied in a letter that I’ve halted the processing of concealed weapons licenses — that’s straight-up, not true. Then, in a coordinated political attack, the NRA piled on by accusing me of “unlawfully exercising her anti-gun desires.” And now, an obscure right-wing fringe group said I could expect a lawsuit for “infringing” on Floridian’s rights.

They can’t handle that we’ve brought full accountability and background checks to Florida’s 2 million concealed weapons licenses while making the program more efficient. It doesn’t fit the narrative of the out-of-touch, out-of-control NRA and its cohorts.

Instead of playing politics in a pandemic, Attorney General Moody should investigate the negligence with which the Governor’s unemployment system is failing to get assistance to Florida’s working families during this time of need.

I promised Floridians that I would stand up to the NRA, that it would no longer have any power in our state’s Department of Agriculture. I will not be bullied by them now! They may spread lies and false information to advance their agenda, but it won’t be advanced on my watch.

Thanks for joining the fight,

Why is the Dept.of Agriculture issuing concealed carry permits?

STUPID B***H!!! HAVE YOU NOT READ THE SECOND AMENDMENT TO THE UNITED STATES CONSTITUTION??!!! THE MERE EXISTENCE OF A FIREARMS CARRY LICENSING LAW IN YOUR STATE AND YOUR POSITION OF ISSUING FIREARMS CARRY LECENSES TO UNITED STATES CITIZENS IN YOUR STATE IS A VIOLATION OF THOSE CITIZENS RIGHTS!!! YOU ARE JUST ANOTHER EXAMPLE OF A D.A. COMMUNIST DEMOCRAP FEMALE ON A POWER TRIP!!!

If you can’t stand the heat, Nikki, get the hell out of the kitchen.

Typical leftist, lying, BITCH… the Dems lure the IDIOTS in with lies and a face or body then F**KEM…

Elect a woman, then pay the price.

Her anti-2A agenda is obvious.

they both generate income for the state, but she does likes the hemp and dislikes firearms, like all good lefties.

Sounds like bullschiest from the AG, if you ask me, given she has both a permit and a medical mj card, and is on record stating she won’t deny permits or fail to renew them for holding a medical card. Seems strange to me, a democrat not denying a permit when she actually has a valid (federally) legal excuse to do so.

That Moody is even implying she’s going to do something useful is the big news here.

Since when does an ag. commissioner have authority over the second amendment? Treason and tyranny both carry the death penalty. Maybe she should think about that. This woman should be arrested, jailed without bond because she is obviously a flight risk, tried and if found guilty she should be put to death. She has PUBLICALLY disavowed her oath of office. She is obviously guilty. If the courts won’t do their true job, do not be surprised when someone does it for them.
For too long we have seen a two tiered legal system.

Florida took the concealed permits away from law enforcement and gave it to agriculture as FDLE was too political.
Dept of Agriculture has done an excellent job…until now when it got politicized.

This same comment was made on a breitbart article about a salon owner being put in jail for opening her salon during a lock down. It struck me as a great quote, thats why i remember it, and applies to the democrats in our country.

She attacks the NRA because NRA is, under WLP’s mismanagement, controlled opposition. If the allegedly 5 million members of the NRA were to kick Elmer Fudd to the curb and join GOA, the combined power of 9 million gunowners would not only shut up this shrew, but put her out of work!!

Don’t be a Fudd, be a Yosemite Sam. Join GOA. http://gunowners.org

Knute
Reply to  Will Flatt

“We will create separate fronts to prevent them from seeing the connection between us. We will behave as if we are not connected to keep the illusion alive. Our goal will be accomplished one drop at a time so as to never bring suspicion upon ourselves.”
Quoting from “The Secret Covenant” Another instruction manual on how to manipulate the sheeple. Unspoken of it may be, but a secret it is NOT 🙂

Yup. Always it has been thus. These same secret societies have been running this same scam for centuries. But the sheeple are almost ready to see through it. That’s what makes now such an interesting time to be alive.

USA) Exactly so. Evil will always exist, and so there will always be liars and thieves out to parasite off of the sheeple. It is up to them to stop their own exploitation, just as you and I have picked the parasites off of ourselves. If they refuse to do so, then they deserve the death by bloodsucker that they will receive. We can let them know the facts, but it is up to themselves to reclaim their liberties… or not, as they choose. If they choose to lick their masters boots, then so be it. But they will NOT… Read more »

How about Constitutional Carry in Florida? Problem solved.

Another stolen election. Fried’s advocacy for medical marijuana and Brenda Snipes’s treachery got her in, many days after a series of “vote count” shenanigans. Matt Caldwell was a much better candidate.

they are part of the group that wants to issue covid cards to travel in America, but don’t want voters to have to show id cards to ensure they are who they claim to be.

A liberal political hack, the only qualification she has for AG commissioner is that she’s full of fertilizer.

11
AmmolandTV
View All
Editor’s Pick
Recent Comments
wpDiscuz
We use cookies on our website to give you the most relevant experience by remembering your preferences and repeat visits. By clicking “Accept All”, you consent to the use of ALL the cookies. However, you may visit "Cookie Settings" to provide a controlled consent.
Cookie SettingsAccept All
Read More
Manage consent