SAN ANTONIO – -(AmmoLand.com)- One of the oldest and most-respected hunting advocacy groups in Texas – the Texas Trophy Hunters Association – has filed for a temporary restraining order against two rival groups, charging that Safari Club International stole its proprietary membership list and provided it to Buckmasters to solicit new members.

“What happened here is no different than inviting someone to be a guest in your home, only to have them steal your property in the middle of the night. Safari Club International said it wanted to forge a business relationship. Instead, they just wanted to surreptitiously gain access to a competitor’s most valuable asset,” said TTHA’s attorney Reagan Marble of the San Antonio office of Jackson Walker.

Safari Club International approached TTHA in 2019 and sought to begin negotiations to acquire the organization as part of an effort to expand its Texas presence.

TTHA provided the membership list after both parties specifically agreed that confidential information revealed in the negotiations would not be disclosed to third parties. Shortly after the negotiations broke down, TTHA discovered that its members were receiving solicitations from Buckmasters.

Based in San Antonio, TTHA is a member-based organization dedicated to promoting the sport, science, and heritage of hunting. The group produces the “Hunters Extravaganza,” known as the “granddaddy” of consumer hunting shows and publishes “The Journal of the Texas Trophy Hunters.”

This is not Buckmasters’ first controversy regarding improper membership outreach. In 2017, Buckmasters was sued by the Alabama Attorney General over allegations it had signed up members without authorization. The 10-count Deceptive Trade Practices Act lawsuit was later settled.

“TTHA entered into discussions in good faith,” said Mr. Marble. “Luckily for TTHA members, the true nature of SCI and Buckmasters leaders was revealed before this acquisition took place. They cannot be allowed to continue to engage in these types of dishonorable practices.” 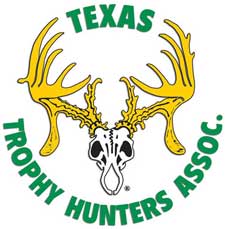 Founded in 1975, Texas Trophy Hunters Association® is the largest and most well-established hunting and outdoor association in Texas. TTHA strives to unite all segments of the hunting community for the dissemination of information and joining of energies to promote and protect our hunting heritage.

The å§§wiþës at Safari Club should be forced to send $100 to every name that was pilfered off the TTHA roster (whether they already had that name or not)
As John Cleese once shouted from a castle wall: ” I FAA-RRT in your general dii-rection ! “