Columbia, SC -(AmmoLand.com)- Panteao announces the release of a new video title with instructor Keith Garcia. Keith recently joined Panteao’s cadre of instructors.  Keith Garcia is a California police officer having served for over 20 years, with a portion of his career serving as a SWAT team leader. Garcia is a highly regarded firearms instructor specializing in 3-Gun.

To further hone his skills, Keith started competitive pistol shooting in 2004. In 2008 he began shooting 3-Gun. After that he never looked back. One of the highlights of his success in 3-Gun was becoming a 3-Gun Nation (3GN) champion, taking multiple wins on the famed Pro Series tour which aired on NBC Sports. Most notably, Garcia won the $55,000 cash purse at the 3-Gun Nation Championship held in Las Vegas during SHOT Show. In his career, he has won multiple 3-Gun events all over the United States and abroad.

“Panteao is happy to be able to work with Keith Garcia,” said Fernando Coelho, President/CEO of Panteao Productions. Fernando continued, “Keith is one of the top competitive 3-Gun shooters in the world and equally important, has the ability to convey on video the necessary techniques and skills that will help the viewers watching to compete in 3-Gun.”

The first video being introduced with Keith is How to Train for 3-Gun, an epic 4-hour video on the shooting sport. Each chapter includes insights into this dynamic sport including firearm transitions and abandonment techniques, loading on the clock, start position drills, speed training drills, strategy and much, much more. In partnership with 3-Gun Nation, this video features archived footage of the 3GN Pro Series matches. This footage shows Garcia’s techniques in action at the highest level of competition the sport has seen to date, as well as other top professional shooters on the clock.

Make Ready with Keith Garcia: How to Train for 3-Gun is now available streaming for Panteao subscribers. It can be watched online via a PC or Mac, on a smartphone or tablet using the Panteao Make Ready Android and iTunes apps, or on television with the Panteao Make Ready channel on Roku, Amazon Fire TV and Apple TV. For more information on how to stream the Panteao videos, visit: http://panteao.com/streaming-video-ways-to-watch/

The video will also be available shortly on DVD and Digital Download formats. For more information on this title, visit Panteao at: https://panteao.com/product/keith-garcia-train-for-3-gun/ 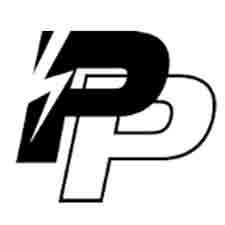 Panteao is a video production company based out of South Carolina. With a team of seasoned crew members with a wealth of experience in filmmaking, Panteao produces the highest quality firearms training videos, survival videos, documentaries, industrials, commercials, and television shows. For more information about Panteao, visit http://panteao.com/about-us

3-GUN….. I shot at the International Three Gun World Championship in 1990. NO SCOPES were allowed. You actually had to be able to shoot. Target ID and bullet drop done on the fly by the shooter, not by scopes. I remember those gay Steyr AUGs were going for several thousand dollars each, the night before the match, because they were allowed…for those who could not shoot. Later that same year, I shot at the SOF 3-Gun Championship in Las Vegas. Same there, NO SCOPES. You actually had to be a good shot with the primary sights. My picture is there… Read more »

Panteao range is an excellent facility to train on, they bring a wealth of skilled instructors, training, both on the range and in video format.