USA – -(AmmoLand.com)- Knifemaker Buck Knives has new inventory back-in-stock just in time for the fall hunting season. Shop from a select range of the most popular Buck Classics blades that are proven workhorses before they are back to zero and the wait begins all over.

While you are at it, why not make a family heirloom by taking advantage of the personalized engraving options on many on the most popular classics!

Behind every Buck knife is over 100 years of experience and craftsmanship. The very best materials and state-of-the-art technology are used to create knives that meet the exacting demands expected of a high-quality knife. Buck stands behind every knife made with their famous Forever Warranty.

A young Kansas blacksmith apprentice named Hoyt Buck was looking for a better way to temper steel so it would hold an edge longer. His unique approach produced the first Buck Knife in 1902. Hoyt made each knife by hand, using worn-out file blades as raw material. His handiwork was greatly appreciated during World War II. Hoyt’s eldest son Al had relocated from the Pacific Northwest to San Diego California after finishing a stint in the navy a decade earlier. Hoyt, and his wife Daisy, moved in with Al and his young family in 1945 and set up shop as H.H. Buck and Son.

Following the death of his father, Al kept the fledgling custom knife business going until incorporating Buck Knives, Inc. in 1961. Al introduced his son, Chuck, to the knife business at an early age and Chuck and his wife, Lori, were both involved when the company was incorporated. In 1964, the knife industry was revolutionized with the introduction of the Model 110 Folding Hunter, making Buck Knives a leader in the field. A position we hold proudly today.

Chuck worked his way up through the company serving as President and CEO for many years before handing over the reins to his son, CJ, in 1999. Chuck remained active as Chairman of the Board until his passing in 2015. Lori now serves on the Board of Directors and is actively involved with Buck promotional events throughout the U.S., continuing Chuck’s legacy.

CJ, the 4th generation family member to run Buck Knives and current CEO, President, and Chairman, started out with the company on the production line in 1978.

He has been quoted saying, “We have been helping people thrive with reliable and trustworthy edged products for over a century. Since our own name is on the knife, our quality, focus, and attention to detail is very personal.”

Hoyt and Al Buck’s ingenuity may have put the company on the map. But it is our ongoing commitment to developing innovative new products and improving what we have by third and fourth generation Buck family members that have made Buck the successful knife maker it is today. Frankly, it’s what our customers expect from a Buck. 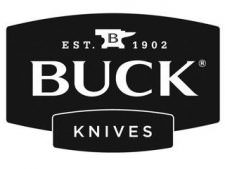 Some of the links on this page are affiliate links, meaning at no additional cost to you, Ammoland will earn a commission if you click through and make a purchase.
8 Comments
Most Voted
Newest Oldest
Inline Feedbacks
View all comments

I love my 110s. Never live long enough to wear one out. Just the right size for most work, imo.

Ive had a couple of Buck knives, some good, some bad. Still need to pick up a 119 one of these days.

I have bought several Buck knives over the last 70 or so years, both sheath straight hunting knives and Mdl 110 folders. My first was a folder I believe. I bought it at a county fair in my hometown in Iowa. And I swear to this day, that a grey haired gentle put his initials on the blade with an engraving tool. And that gentleman was a “Mr. Buck.” So, this would have been in the mid-50s, somewhere around 1954 or ’55. I really don’t know what happened to that knife. I don’t recall ever loosing it, but perhaps I… Read more »

“I don’t recall ever loosing it,”
Please, the word is LOSING. Why are the two words misused so often?

I’ve still got mine from the 80s. I hope they change the steel to a better one that’s easier to work.

RoyD
Reply to  Matt in Oklahoma

My Buck Folding Hunter purchased in ’74 had a blade that was very hard and almost impossible to sharpen with handheld stones. That soured me on Buck knifes.

I still have one in the sheath style. Indeed almost impossible to cut with a stone. On the bright side, they sharpen beautifully on diamond, and hold the edge for a looong time.

Dave in Fairfax
Reply to  Matt in Oklahoma

Matt,
It isn’t the steel so much as the Rockwell it’s hardened to.
They’re using a 420 now, as I remember. It used to be that everybody used a 440, but the company in this country that made 440 either closed or quit making it. I don’t remember at this point which it was.
Used to be if you wanted a hard steel you went with a Buck, if you wanted a slightly softer one you went with Case or one of its family. There’s a world of difference between Rockwells of 58 and 61.

Last edited 2 years ago by Dave in Fairfax
0
AmmolandPlus
Editor’s Pick
Recent Comments
wpDiscuz
We use cookies on our website to give you the most relevant experience by remembering your preferences and repeat visits. By clicking “Accept All”, you consent to the use of ALL the cookies. However, you may visit "Cookie Settings" to provide a controlled consent.
Cookie SettingsAccept All
Read Privacy Policy
Manage consent