Washington, DC, USA – -(AmmoLand.com)- With the Judge Amy Coney Barrett Supreme Court nomination dominating the news cycle much of this week we’ve heard multiple false declarations about how previous SCOTUS nominations have gone down in the past.

Including Kamala Harris’s pretend story during the recent vice presidential debate with her claim that Abraham Lincoln “did not nominate a judge to fill a recently opened Supreme Court seat in an election year”.

Phil Journey, a presiding Kansas Judge, and a regular contributor to AmmoLand News has put together a handy bullet-pointed list of historical events regarding our Supreme Court and its appointments, nominations, confirmations, and history of the high court. Please share this very factual read with your friends and colleagues as a handy reference tool.

Phillip Journey was NRA’s political activist of the year in 1993. He helped write NRA’s 1st grassroots manual has worked in over 100 campaigns at the local and state level. Phil served in the Kansas Senate and is now running for re-election to his 4th term as Judge in the largest city in his State and faces a general election opponent. He was recently elected to the 2020 NRA Board. 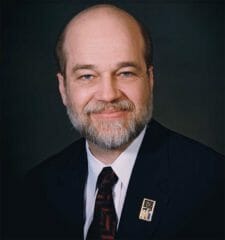 I learned a lot, too! Especially why the 22nd amendment was ratified! Now, we need to limit the terms of Congress and the Senate. It’s virtually impossible but still a nice thought! They’ll never vote to sunset themselves. There is too much money to be made from graft and corruption!

Excellent article. It should be read. I’m a history geek but even I learned some things from this article.