U.S.A.– -(AmmoLand.com)- Associate Justice Amy Coney Barrett was confirmed as people are getting ready to vote. Democrats called Judge Barrett professionally unqualified, an extremist, and corrupt. The personal attacks on Judge Barrett’s character and family were cutting. Let me translate those criticisms for you. They mean she isn’t a progressive judge who will legislate from the bench.

Calling Judge Barrett names may motivate the Socialist base of the Democrat party, but it may also alienate independents who are picking their candidates. Just for fun, remember that Vice President Joe Biden and House Speaker Nancy Pelosi claim to be practicing Catholics, just like Associate Judge Barrett. The news forgot to mention that.

Democrats already claimed that the rules of the Senate were violated during this confirmation. They forgot to mention that Democrat Harry Reid, as the former majority leader of the senate, established those rules. Democrats tried to deny Judge Barrett a seat on the court the same way they did to Judge Robert Bork, Judge Thomas, and Judge Kavanaugh. Judges matter more now than ever.

Public violence has increased these last few months, and we don’t know when or where that violence might find us. Millions of us decided to get a firearm and to learn to use it. A strict reading of the law is important for gun owners; for Republican gun owners, for Independent gun owners, and for Democrat gun owners.

Time is critically important, and how we act when we have minutes to respond is very different than how we can act when we have seconds or less. We call the police when we have time, whereas we undertake self-defense while we have no time for escape.

Self-defense isn’t necessary for everyone. Rich people buy their security the way they buy any other domestic servant. In contrast, the vast majority of us must, and do, provide for our own protection. This election isn’t between Republicans or Democrats, or between Trump and Biden as much as it is between the elites who want to control us, and the rest of us who want to retain control of our lives.

Will the media, and the people who own it, determine our political future.

Will you be allowed to protect yourself, or will you be forced to depend on the local government for your physical safety? Will you be allowed to go to work, start a new job, or start a new enterprise? Do you trust your local politicians, both today and tomorrow, to protect your family economically and physically. Will these politicians protect your family as you would protect them? Many new gun owners decided that they want to provide for their own safety rather than depending on the politicians and their police. Buying a gun is only a first step.

Will you protect your family at the ballot box?

Being a firearm owner doesn’t make you safer until you learn how to defend yourself and the people you love. Are you willing to vote to protect that right, or do you pretend that your government will protect you? Please look at the nightly news, and see if government protection is working.

We’re not safe in our major cities like New York, Baltimore, Austin, Saint Louis, Minneapolis, Los Angeles, San Francisco, Portland or Seattle. Those cities said they would disarm criminals and make us safer, but instead, violent crime has soared. If you are unsafe in those cities, then what will keep you safe where you live?

A handful of billionaires want to control our media, our legal system, and they want us disarmed. Some of these elites are from China and some are from the USA. Let’s be clear. Seizing power may make the world safer for them, but that doesn’t make it safe for me.

I doubt it is safer for you either. That is why, and how, I chose my candidates. That is why I went to vote. I hope you will too.

Rob Morse writes about gun rights at Ammoland, at Clash Daily, and on his SlowFacts blog. He hosts the Self Defense Gun Stories Podcast and co-hosts the Polite Society Podcast. Rob was an NRA pistol instructor and combat handgun competitor.

I voted for dangerous freedom, and the Constitution.

No matter what happens this election cycle, we are headed to a national divorce for irreconcilable differences… or civil war 2.0.

A majority of the country wishes the Constitution to remain the law of the land. The rest don’t want to bother amending it, and instead simply ignore it. There’s no negotiating or peace with them.

It seems like all the liberal California transplants turned your conservative State Blue! They’ll be after your guns next! Wish you luck. We have a similar problem with F*^king Yankees down here in Florida!

I did. And it was with me the whole time I was there. 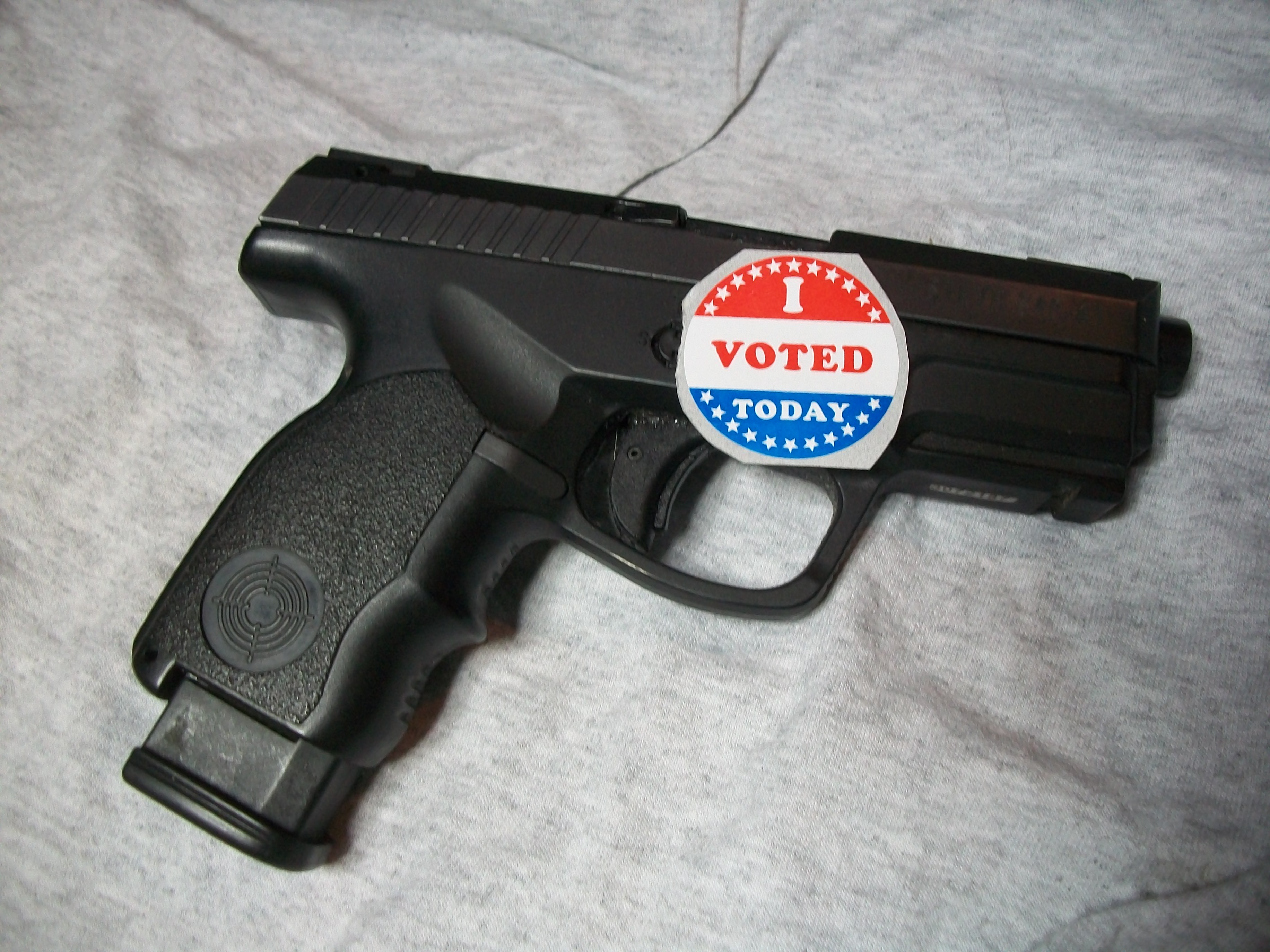 There were no magnetometers so it was no different than any other place I normally go.