The PRS Pro Series Finale is reserved for the nation’s most elite precision rifle shooters, who competed throughout the year for top spots in the rankings and to secure Finale invitations. Out of the Top 25, Bushnell team members claimed two positions with Brantley and Livesay finishing 13th and 24th, respectively, against a finale field that included more than 200 competitors.

During the finale, both Brantley and Cooper used their Elite Tactical XRS II 4.5-30×50 riflescope as they battled wintery conditions over the two-day match. Cooper’s finish from the match also secured his placement as the Tactical Division champion for the entire PRS season.

As the “Official Riflescope Sponsor” of the PRS, Elite Tactical optics are commonly used by competitors to help maximize their performance. From the XRS II and DMR II Pro riflescopes to the LMMS2 spotting scope, these rock-solid optics are known for their high-end quality and numerous features. With tight tolerances, ED Prime Glass and unparalleled value, the Elite Tactical line is built to perform under any condition.

Bushnell, a Vista Outdoor brand, has been the industry leader in high-performance sports optics for more than 70 years. Our guiding principle is to provide the highest quality, most reliable, and affordable sports optics products on the market. And, our commitment to outstanding customer service and strong retailer partnerships is unmatched. Bushnell boasts a leading market share in all of the sports optics categories, and our products have consistently won design and performance awards. Our product lines enhance the enjoyment of every outdoor pursuit from spectator sports, nature study, hunting, fishing, and birding to stargazing. For news and information, visit www.bushnell.com or follow us on Instagram at www.instagram.com/bushnell_official/ and Facebook at www.facebook.com/bushnell. 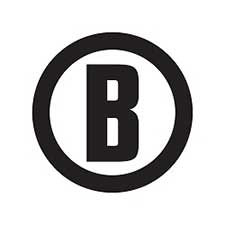