U.S.A. -(AmmoLand.com)- Handgun Hunter Supply has teamed up with J.D. Jones, of SSK Industries Fame, in a massive undertaking to digitize and give away The Sixgunner magazine. The Sixgunner was the bi-monthly publication of the now unfortunately defunct Handgun Hunters International and is the best, most informative periodical on handgun hunting ever.

Handgun Hunter Supply was founded in 2019 by long time gunsmith and handgun hunting aficionado Ryan Hoover. Handgun Hunter Supply’s mission is to provide guns and gear that supports and grows the handgun hunting community so people can challenge themselves to a way of hunting that is better for the body, diet, and spirit – and become the self-reliant person they were meant to be.

Ryan says, “To me, there is no more rewarding way of hunting. The discipline required to be successful in the field with a handgun takes the sport to a whole new level. Handgun hunting has made me a better and healthier person overall, and I aim to share this with as many people as possible. That’s why I’m excited that J.D. Jones trusted me with all his old Sixgunner magazines!”

When Ryan reached out to J.D. to ask if he would lend him his copies of The Sixgunner to copy, he was told that this would be a big job. That has turned out to be true. HHI was active from 1979-2016 and the issues span this entire time frame, including 6 per year. All the effort has been worth it to preserve this amazing work, though.

As Ryan says, “The Sixgunner is a goldmine of information! There are articles covering hunting, gear, handguns, ammo and reloading, silhouette shooting, plus a little bit more. It is so cool to see reviews written on guns that were new at the time but have now been around for decades. It’s fascinating to see authors writing about methods, guns, and equipment that they were just working out but that we take for granted today. There are many recognizable names – J.D. Jones, Larry Kelly, John Taffin, John Linebaugh, Ted Nugent, and more – but the great thing about The Sixgunner is that it relied on HHI members to submit the bulk of the articles. There are so many inspiring stories of success (and failure) in the field! You have to read it!”

The Sixgunner is being given out via an email subscription at no cost. If you would like to receive weekly installments of The Sixgunner to your inbox, please visit handgunhuntersupply.com and sign up.

Handgun Hunter Supply’s mission is to provide guns and gear that supports and grows the handgun hunting community so people can challenge themselves to a way of hunting that is better for the body, diet, and spirit – and become the self-reliant person they were meant to be. 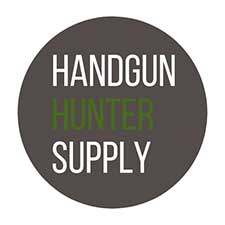