U.S.A. –-(AmmoLand.com)- I get asked a lot to take friends and others shooting, I know I’m not the only one. If you have any firearms knowledge or tactical training you know exactly what I am talking about. 2020 has made a lot of people rethink and question their level of preparedness in many areas including family and personal defense. Since many of the folks I take shooting are pretty new to shooting I will often bring out an assortment of firearms in hopes that I will be able to match the guest with a firearm of their liking and comfortability.

One of the questions that I almost always ask my guests at the end of our training session is, “what was your favorite weapon to shoot?” If I had to compile all of the answers over the last couple of years and report the favorite firearm to shoot in my arsenal, it would hands down be the MCX Rattler Canebrake in 300 Blackout. For reference, there is also a Rattler in 5.56 as well which is also an amazing weapon in its own right.

If you have ever shot one, especially while suppressed this will not come as any surprise. It is small and very light and manageable, whisper-quiet and deadly accurate at short and mid-range. My particular setup, which has become the most requested and favorite weapon for friends and guests to shoot, sports an SRD762 suppressor by SIG and also a Romeo4S red dot optic and an Inforce light to brighten things up a bit when needed. The Canebrake comes with an inert or dummy suppressor out of the box, which gives it a great look but more importantly just makes it suppressor ready as soon as you have purchased and finished your NFA paperwork.

I call this gun my “John Wick” gun. Though this one was never featured in the film series it makes me feel like John Wick when I’m on the range. If you haven’t seen the films I’ll give you an idea of what I’m talking about. Mr. John Wick, played by Keanu Reeves doesn’t miss and makes pinpoint accuracy seem like a walk in the park. This is exactly how I feel as I pie around a barricade or zero in on a hostage plate affixed to one of my Zimco target silhouettes. What I’ve also noticed is that it’s not just me either. If I’m teaching someone new to a carbine or SBR, I won’t normally call for them to take a head shot on day one, but I’ve noticed with this gun that it practically shoots itself. 4-inch hostage plates are normally reserved for the seasoned shooter who wants more of a challenge, but with the Canebrake I feel no hesitation including them into the initial course of fire. Another reason it is such a favorite for guests, including women and children is that it is very quiet when suppressed and offers almost no recoil. Extreme noise and violent recoil are often two of the factors that alienate new shooters quicker than anything else.

I’ve found this to be a great truck gun because of its short 5.5inch threaded barrel when I’m out in the backcountry looking for hogs or predators. Keep in mind it does have limited range and is bested in that department by its 556 Rattler counterpart but the round is very effective and deadly when utilized within its parameters. It’s two-stage, match-grade trigger needs no upgrade and I love that it comes standard with a gas adjustable switch to fine-tune your suppressor and ammunition preferences. Both the 556 Rattler that was made for foreign special forces units and this Canebrake are both weapons I wish we had in the SEAL teams while I was still active. I’m sure they would have been platoon favorites during specific mission profiles.

This level of performance and favor always comes with a cost. The MCX Rattler, Canebrake comes in around $2,699 without the suppressor or the optic. I know a lot of families who care a great deal about teaching their spouses and children firearms safety and fundamentals. If the price tag isn’t overwhelming for your budget this weapon should be at the top of your list. I’m sure that you will quickly discover why my question of what was your favorite gun to shoot today, most often gets answered with, “The Canebrake.” 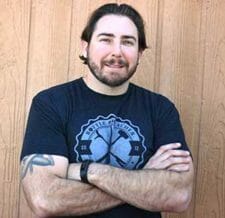 “I call this my John Wick gun”.
Talk about all hat and no cattle.
Just like you limps that have BCM ‘Gunfighter” parts on your weapons. Just too funny. Use that plastic, toy bump stock and play that HALO and Tour of Duty (though you never wore the uniform). Pretend to be a man, a patriot.
Sig Sauer..Geez…the bragging rights alone!

If only the would make more left handed products. I have way to many Bull-pups that covert to Left handed. (IWI Tavor and Styer Augs. about 12 of them) but it gets old. I shot Ambi, but for EDC left handed would be nice. I have dozens of AR’s from OIP’s to DD and OG Colts(early 80’s) Nothing would make me happier then to see Sig come out with a “Lefty Line”… lol That would stick it to the Socialist Traitors. Call the Line SFL (Sig for Lefties) Pun intended….. God Bless us all today and tomorrow. May we keep… Read more »