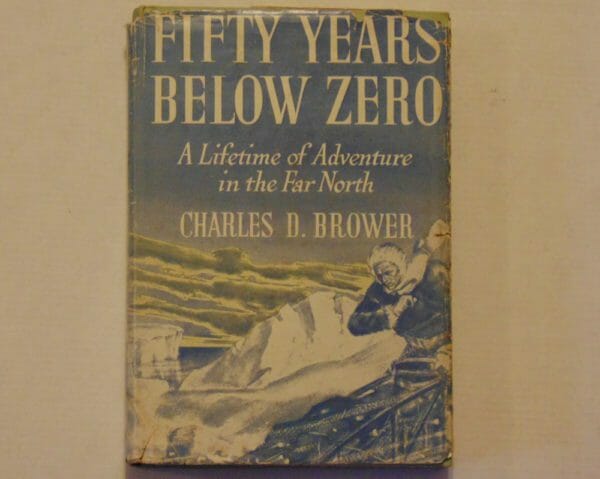 U.S.A. –-(AmmoLand.com)- The first recorded fatal polar bear attack in the United States happened in 1885, near Cape Thompson, Alaska. It was unlikely to have happened any earlier because there weren’t any polar bears in United States territory until the USA acquired Alaska from Russia, which was formally transferred to the USA on October 18, 1867.

There were probably many fatal polar bear attacks before then, but they happened to stone-age people without the ability to record them or publish them. There is not much overlap between the habitat of people living in the far North of Alaska and polar bears.  With the advent of recorded records brought about by Europeans, there also came more advanced weapons, which made defense against polar bears simpler and easier.

The first fatal polar bear attack recorded in the USA occurred after both the ability to record and modern cartridge firearms were introduced to Alaska. Even then, it went unnoticed by researchers for many decades.

It was brought to my attention by bear researcher Tom Smith of Brigham Young University in August of 2021. The account was recorded in a famous book of Arctic exploration and survival published in 1942. Titled “50 Years Below Zero”, by Charles D. Brower, 1942/1960, it is 342 pages and embedded below for your reading pleasure.

In July of 1884, Charles D. Brower arrived about 300 miles North of Nome (Corwin’s Bluff).  He was 21 years old. Brower kept a regular diary, which was used to write his autobiography. Brower had already spent seven years at sea, working on sailing ships and early steamships. He decided to overwinter at Corwin’s Bluff, with three other men, one of which was accompanied by his wife, in a house they and the crew of the ship which had brought them, had erected, as representatives of the Pacific Steam Whaling Company. In a few weeks, two Eskimo families had joined them and set up camp nearby.

Brower refers to three firearms he owned at the time. A rifle referred to as an “old .44” on page 17, was probably an 1873 Winchester.  He also had an “old Colt revolver” mentioned on page 29.  Very likely the two were in the same caliber, because of ammunition interchangeability.  Because of the year, they were almost certainly in .44-40 caliber, one of the most popular calibers of the day, and often chosen because of the rifle-pistol interchangeability. In 1884 the cartridge was simply known as a .44 Winchester.  In that year, the cartridge would have been loaded with lead bullets. He took a shotgun with him to the Arctic, gauge unmentioned.

The polar bear incident and attack occurred in June of 1885 when Brower had been in the Arctic for nearly a year. Brower and his friend Kyooctoo had gone hunting seals. They were armed with cartridge rifles. Another Eskimo has joined them, but he was armed with a double-barreled smoothbore muzzleloader. One barrel was loaded with ball, the other with birdshot.  The incident is recorded on pages 64-65 of 50 Years Below Zero, and is reproduced here:

As we rested, I felt a sharp nudge from Kyooctoo. Then I saw what he saw.

Three polar bears were coming leisurely towards us from the direction of Cape Thompson, two of them a mile out on the ice, the third about in line with where our friend had paused to examine another water hole.

Rough ice enabled us to hide easily, and the northeast wind prevented the animals from getting our scent. But we hardly expected the fine target they presented, coming up to within fifty feet of where we lay huddled on the ice with rifles aimed.

Our first volley was enough. My prize proved to be a year-old cub. Kyooctoo had killed its mother.

Whether the third bear didn’t hear or just didn’t mind, he kept on between us and the land, drawing closer all the time to the other Eskimo. For some reason, the man appeared reluctant to shoot. The bear was almost on top of him before he finally did. And then he only wounded the animal. When it reared up to charge, we saw for the first time what a monster the bear really was.

Too far away to help, we watched, fascinated, as the man emptied his other barrel, then started to run for his life. He hadn’t a chance. From where we stood it looked as if the bear just struck him a casual blow on the head, following this by one bite under the arm. Then, leaving the crumpled body where it fell, the enraged animal turned and headed for Kyooctoo and me.

Although our rifles were powerful enough to kill a bear, we daren’t risk a miss and held our fire until he came within a few yards. . . . Even so, it required several carefully placed bullets to finish him.

Although they have not been observed to cache, polar bears are surplus killers. Stirling and Derocher(1990) reported seeing a polar bear kill two seals within an hour of feeding extensively on another seal. Neither of the latter two seals killed was eaten.

Another possibility is the bear had been following the sow and cub with the intent to kill the cub. Boar polar bears kill and eat cubs when they are able to do so. While sows will travel with their cubs, mature boar polar bears do not travel in family groups. Polar bears regularly practice cannibalism.

For whatever reason, the large boar was shot as it approached the two men to within a few yards. The .44-40 in black powder out of a rifle is very close in ballistics to a modern 10 mm pistol.  The 1985 edition of Cartridges of the World lists the black powder load as a 200-grain bullet at 1310 fps. Underwood lists a 200 grain 10mm cartridge with a muzzle velocity of 1250 fps.

There may have been other fatal polar bear attacks recorded, which have not come to light. It seems particularly possible for them to be recorded in old ships logs of whalers and seal hunters. The incident recorded by Charles D. Brower in his diary was widely published in a popular book in 1942 and again in 1960. Yet, it did not come to the attention of bear researchers for over 50 years!

If any readers know of or find such accounts, please forward them to AmmoLand News.

One of the reasons there are few fatal polar bear attacks is travelers in the arctic know the danger and are routinely armed. Polar bears seldom attack at a full charge; rather, they are predatory attacks, which give a person time to discover the bear, ready a firearm, and kill the bear before it can close the distance. If the unfortunate Eskimo listed in the Brower account had a modern firearm, it is likely he would not have been killed.

Modern firearms have been a game changer against big bears but shot placement is still critical . Most people under attack panic and do not place a good shot as adrenaline can be a tough factor to overcome . It’s like buck fever and it is a adrenaline caused effect that could get a a person killed when under attack by a large predator

a level head is a great defensive weapon

A polar bear is an animal that will, absolutely, hunt people for food. There have been times when a black bear, a griz or a brown bear will also hunt people for food. Ask Tim Treadwell and his girl friend. Bears don’t wait until you are dead to start eating you. There are worse ways to go but not many. These men were wise to wait until they a good, clean shot. Black powder firearms used very soft lead bullets that would expand and rapidly loose velocity. Modern cartridges with good, hard bullets are a vast improvement and can be… Read more »

One doesn’t have to be a fantastic firearms use to use them to defend themselves.

It is just another myth that is used by the anti’s to discredit the use of firearms for self defense.

Read the below article and one well see many with very little firearms experience have successfully defended themselves.

Sure it is nice to have lots of skill I firmly believe in practice and training.

But is is hard to say don’t carry if your not great.

Exactly. Keeping a level head under stressful situation is just as an important tool as skillful shooting. Knowing when to pull the trigger is the most important tool one could have. Unlike the fellas in Mississippi shooting at black Fed ex driver. Some people are just a danger to themselves & others. These are a danger to others unfortunately. Suspicious vehicle ? Dumb MFs lol

Tom;
I find this kind of info to be absorbing and stimulating. I love reading your stuff as well.
Now watch some dweeb have to interject some political/conspiracy stuff. I’m sure the bear was influenced by some New World Order/Jewish/Masonic evil
plot.

Interesting. Does anyone here know what “blackskin” is?

Black-skin is the epidermis, the best meat, eaten right after the hunt while other portions are packed away for later.