U.S.A. –-(AmmoLand.com)- In the mid to late 19th century, in an era before the invention of swing-out cylinders on revolvers, the top-break revolver made quite the splash. Faster and easier to load and unload than guns like the Colt Single Action Army, which had a singular loading gate, top-break guns could be accessed with the quick flick of a lever.

Companies began producing scores of these guns under all sorts of brand and trade names, and Hopkins & Allen was no exception.

Founded by a couple of investors as well as the company’s namesakes, brothers Charles and Samuel Hopkins and Charles Allen shortly after the Civil War, the company started off by buying and absorbing the former percussion revolver maker Bacon Manufacturing Company. In 1871, Hopkins & Allen became the sole agent for Merwin Hulbert & Company. They acquired the shotgun company Bay State Arms from William H. Davenport, whose name is often seen on affordable shotguns, in 1887. The 1890s saw further diversification into rifles and bicycles, as well as separation from the Hulbert Brothers, but business was good until a massive fire destroyed the factory in 1900.

As their luck would have it, the Forehand Firearms Company was going out of business, and so they bought all of the Forehand machinery and by 1902, the company peaked with some 600 employees and was the 3rd largest gunmaker in the US.

In 1908, the company introduced its newest addition to its revolver lineup: the Triple Action Safety Police revolver. Of course, we know about single action and double action revolver operation, but what’s this so-called Triple Action? It’s all about a hinged catch that’s part of the hammer that repositions the hammer into a resting position above the firing pin and on the solid frame when the gun is not cocked.

The hinge that holds the barrel in place on the frame was also touted by the company as the strongest available on the market. They called it the Hercules Solid Joint and it operates with two latch bars similar in design to alligator clips. When the front of both is pressed in, they disengage from the frame and allow the barrel and cylinder to break open.

Removal of the cylinder for cleaning and maintenance was also easily accomplished. With the gun broken open, there’s another alligator clip bar on the left side of the frame ahead of the cylinder. When pressed, it frees the lever from a collar on the cylinder and it can simply be pulled out of the frame. Reassembly is the exact opposite.

Unlike many companies today where blued guns are the standard and nickel ones command a premium, the opposite was true for Hopkins & Allen. They were regarded as having the best nickel-plating process in the business in their day, and as such, it was their standard finish. Guns with the blued finish cost an extra 50 cents on top of the standard price of $7.50.

Factory engraved guns were added to the catalog in 1911 and featured approximately 85% coverage. The catalog notes that “the engraving is handwork of the highest grade, done by an expert engraver.” Unfortunately, the identity of the engraver is unknown. These engraved guns had a cost of $11, with an extra 50 cents for the blued finish. The logo mother of pearl grips was an additional $1.50, bringing the total cost for the .32 caliber, five-shot revolver shown in this article and video to $13, or approximately $370 today.

These engraved models were only available for four years, 1911 to 1915, when Hopkins & Allen ceased all civilian production to work on a WWI rifle contract for Belgium that would ultimately be the company’s undoing. They were ill-prepared in terms of money and machinery, but the final blow came when Albert F. Rockwell left the company for Marlin, where they formed Marlin-Rockwell and secured a contract with Bg. Gen. William Crozier to make Browning Automatic Rifles – except that Marlin didn’t have all the machinery to do so. Rockwell and Crozier joined forces and Crozier denied government subsidization for the Hopkins & Allen Belgian contract, which forced the company into federal trusteeship. With the Hopkins & Allen factory closed, Marlin-Rockwell swooped in to pick up the pieces. After the war, the factory sat idle until 1921 when the machinery was officially sold off to Marlin and the building to a textile company, thereby officially ending Hopkins & Allen. A sort of sad fate for a company that had been one of the top three arms makers in the country.

At any rate, their Triple Action Safety Police Revolvers stand as a testament to the high-quality craftsmanship they were capable of at their peak in the first decades of the 20th century, and a far cry from the reputation that they have acquired in recent decades as being second-rate guns.

Logan Metesh is a historian with a focus on firearms history and development. He runs High Caliber History LLC and has more than a decade of experience working for the Smithsonian Institution, the National Park Service, and the NRA Museums. His ability to present history and research in an engaging manner has made him a sought-after consultant, writer, and museum professional. The ease with which he can recall obscure historical facts and figures makes him very good at Jeopardy!, but exceptionally bad at geometry. 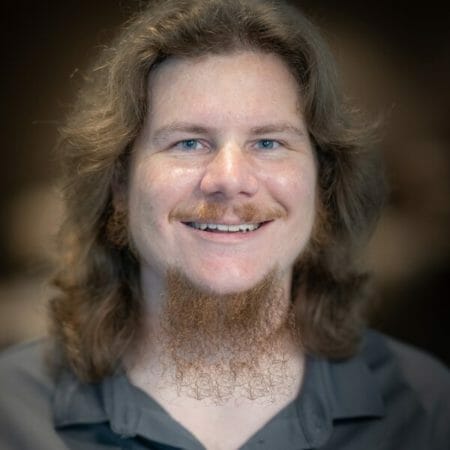 Interesting piece, the article and the gun. I would have liked a bit more video of the action and the triple lock feature. Could be me, but it wasn’t as clear as I thought it could be. I owned a repo top break Schofield .38spl and I couldn’t help but feel it was nepotism or bribery that allowed the Colt SAA to beat them for a cavalry sidearm. They could be loaded, and reloaded much faster than the SAA and in modern times accepted the same SK speedloader as a GP100, or close enough for “gov’t work”.

Excellent well written article on a very interesting firearm from the past. Thank you.

there are a lot of well made small production guns, some are strange but beauity as always is in the eye of the beholder . the other side there were some crazy stupid dangerous designs. This looks like what we call a hammer block safety, but self deploying, most you turn or push , still like the single action army ..there is a guy that can fire reload and fire again faster than a full auto world is a crazy place

The Iver Johnson 1899 Safety Revolver had the blade safety trigger (NOT a Glock or Savage invention) AND a hammer transfer bar (NOT a Ruger invention).

there has been many a great idea that went by the wayside for lack of funding, how many of teslas innovations will never see the light of day because he did not have the money and free electricity would drastically change the world, and hurt the wealthy and raise the poor to independence .