U.S.A. –-(AmmoLand.com)- On the day that a mentally deranged man murdered 21 people at an elementary school in Texas, Rasmussen released a poll showing what Americans think of gun control.

The anti-gun left always tells us that an overwhelming majority of Americans support gun control. But what do the actual statistics say?

The poll shows that 50% of Americans do not believe gun control works.

Breaking these numbers down even further, we see that only 40% of likely voters think stricter gun control would prevent tragedies like the murders in Buffalo. Ten percent are not sure if any type of gun law would make a difference.

The poll also showed the majority of Republican and independent voters do not believe more gun laws are the answer.

63% of Democrats believe that gun control would somehow stop despicable people from carrying out evil.

One of these Democrats is President Joe Biden, who blamed gun rights organizations for the attack on Robb Elementary School.

Failed Politician Robert Francis “Beto” O’Rourke used the opportunity to interrupt a press conference. O’Rourke, who once said he was coming for your AR15, was escorted out of the press conference by security and caused the Uvalde Mayor Don McLaughlin to call him a “sick son of a b****.”

Gun grabbers will exploit every tragedy to shape public opinion. They know they are losing the public relations battle. Gun ownership in the United States has exploded.

Riding Shotgun With Charlie isn’t about firearms. It is about having an intimate conversation with 2 people talking. You’re the fly on the rearview mirror. Many passengers are involved in the firearm community, but not all of them.

This is a more intimate conversation than a phone, radio, or Skype interview. You get to see the passengers. And you’ll see where the road and the conversation take you! www.ridingshotgunwithcharlie.com, Facebook

“63% of Democrats believe that gun control would somehow stop despicable people from carrying out evil.”

Seeing as how the Marxist left believes that men can give birth and have abortions gives me cause to think they ire mentally diseased.

It wasn’t very long ago that a criminal used a SUV to mow down a parade of folks killing five people, where’s the outrage about banning vehicles.

Polls are inaccurate while they tend to ask people that will answer in favor of those who want to push their agenda. Democrats & Republicans lie in Washington in your state county & municipality.
When the media is creating a poll it is always in the democrats favor so that news cycle will push their agenda forward.

lt is NOT intended to work. So-called “gun control” has NEVER been about saving lives. EVER! It’s not for the children, it’s not to prevent crime, it’s not to save lives. It is for DISARMAMENT of Citizens. PERIOD!

FIRST OF ALL= HOW MANY “CRIMINALS DO YOU KNOW THAT ‘OBEY THE GUN LAWS”? > ZERO < THESE GUN LAWS ONLY ” RESTRICT US LAW ABIDING CITIZENS ” ! WHY ARE THEY DOING THIS ? THEIR AGENDA (ALL GOVT’) IS TO HAVE TOTAL CONTROL OVER US CITIZENS NO MATTER IF YOUR A GUN OWNER OR NOT !!!! WAKE UP GUN HATERS WE THE LAW ABIDING CITIZENS ARE “NOT THE CRIMINALS “! SO WHY DO CONTINUE TO BATTLE AGAINST US ? ONE – YOUR BEING “PAID ‘ TO DO SO ! OR YOUR JUST BRAINWASHED BY THE ‘CIA- MK ULTRA MIND… Read more »

The New World Order…has a problem with a society armed who stands in the way and ruins there mission of taking over the world…Biden is an idiot thinking the American Society is that stupid and thinking we will allow him to take it and give it to his buddies in Europe….

All true, but Biden’s marxist handlers have the power. How will we stop them?

The Country has the Donkey Pox! 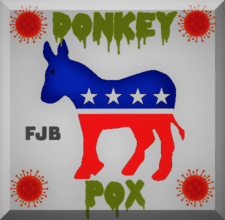 Democratic controlled city more crime run rampant as the police fail to respond to questions on this shooting. Next they should poll the politicians on there failed policies.

Philadelphia police did not immediately respond to questions
You can thank the 50+ years of failed liberal left progressive policies in Philly. 290 kids shot some killed in Chicago alone this year and aren’t they a gun free zone with very strict gun laws The Dredges of Society have No regard for Human Life! The Democrats created this HATE and Violence.

You are correct, again, sir!

My question was Nancey in the car?

Paul Pelosi was arrested in, at 11:44 p.m. on Saturday, and was charged with driving with a blood-alcohol level of .08 or higher as well as driving under the influence of alcohol.

On SATURDAY NIGHT, This is a perfect metaphor for the sort of people running our country. Democrats do as I say not as I do their partys credio

Yeah, a family that swollen with ill gotten gains could surely afford a chauffeur. He must have little regard for the general public.

While walking the streets of Laredo
A boy-whore sexed up a potato
And then 9 months later
That gestating tater
Was reborn as our MasterBeto!